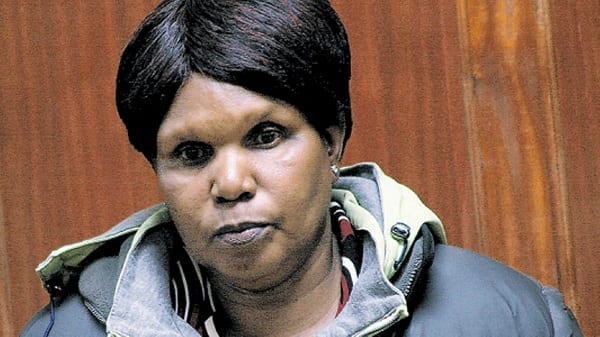 Kenya will hand over a woman accused of assaulting an ailing 90-year old American man to stand trial in the US.

A Nairobi court ruled Thursday that the prosecution had established a case to warrant the extradition of Anastacia Oluoch.

Ms Oluoch had been employed as a caregiver for John Taylor but she was arrested and charged in a Baltimore court after she assaulted the man.

She, however, jumped bail and fled to Kenya in July 2007 before her case was concluded.

The trial magistrate Lucy Nyambura ruled that the offences of assault and causing grievous harm that the suspect was facing are recognised under the extradition agreement signed in 1969 between the US and Kenya Government .

The magistrate added that the prosecution had proved that Ms Oluoch is wanted for the offences in the US.

“Indeed the evidence contained in the bundle of the documents, the exhibits and the video played in court would justify committal if the crime was committed in Kenya, “said Mrs Nyambura.

The prosecution had presented an application to have the woman extradited following a request by the US Government.

The magistrate also directed that the costs of the extradition and handing over of Ms Oluoch be catered for by the US Government.

Mrs Olouch had asked the court to suspend the decision for 30 days so that she can seek an appropriate order from the High Court but the magistrate declined.

An officer from the FBI officer, Thomas Relford, told the court during the hearing of the extradition proceedings that Ms Oluoch had been arrested and charged with the assault in Baltimore in 2007 but she jumped bail and fled to Kenya.

Interpol issued a warrant of arrest and the extradition proceedings were filed and she was arrested four years later in Kenya.