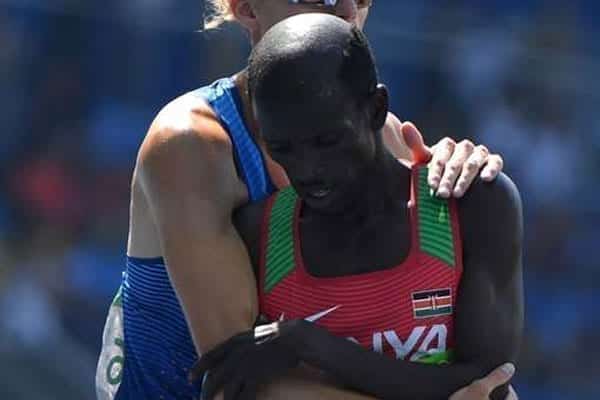 Kemboi said he was returning home to start preparing for a track race, a 10km road and a half marathon race in the remaining part of this year.

He had briefly spoken to Kenyan media at the Olympic Village when he said he dedicated his gold medal to President Kibaki for his good leadership, Prime Minister’s wife Ida Raila, for defending him during his recent court case, the people of Kenya and his family.

He said Kenyan athletes should have gone to Bristol to adapt with the British weather, which he said helped him clinch the gold medal.

“I only ran one race this year (in Rome) and trained very well for this Olympics. Coming to Bristol also helped me a lot adapt to the weather and I think that is what other athletes should have done,” he said.

But National Olympic Committee of Kenya Chairman, Kipchoge Keino wondered why Kemboi had gone back home, leaving the team behind. He asked Chef De Mission Jonathan Koskei, who also wondered who had permitted Kemboi to leave.

Chief Executive of Team Kenya Stephen arap Soi and Media Liaison Peter Angwenyi also did not know who had changed Kemboi’s ticket, bringing another mystery to the team’s management.