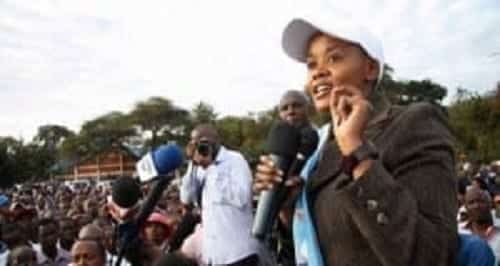 In her petition, Kethi Kilonzo wanted the High Court to reconsider earlier order by the Independent Electoral and Boundaries Commission’s Nomination Dispute Resolution Committee that barred her from contesting the seat.

Among issues raised by the petitioner included rights violation, and less time to challenge evidence from the committee.

The court ruled that the petitioner was accorded fair hearing and the committee acted within its mandate.

“ IEBC has powers to settle dispute, the committee’s ruling was in order,” said Judge Weldon Korir.

In the petition, IEBC’s lawyer Kimani Muhoro lined up several witnesses who included Makueni Returning officer, and his Nairobi counterpart and Director in-charge of voter registration to prove that Kethi was  not a registered voter despite having been cleared by IEBCto contest.

Muhoro had questioned Kethi over her claim that she had been registered in Karen saying that there was no polling centre by that name and also questioned the authenticity of the slip.

Muhoro also told the committee that according to the acknowledgement slip, Kethi had registered as a voter in 2011 whereas she had testified that she had registered last year.

Defence counsels had argued that Kethi was duly registered and also presented three other IEBCacknowledgement slips to the committee which had anomalies and argued that IEBC had failed in many aspects including the registration exercise.

Through lawyer Tom Kajwang, Wiper Democratic Party had argued that the complaints against Kethi had not been made before the returning officer therefore commission and committee had no jurisdiction to entertain it but the committee dismissed the application.

The Court however ordered Kethi’s sponsoring party (Wiper) to replace the petitioner with another candidate by Saturday.