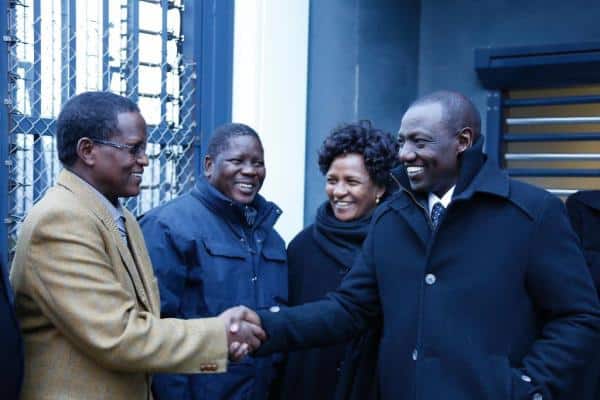 NAIROBI, Kenya, Sep 12 – The African Union (AU) now wants the International Criminal Court (ICC) cases against President Uhuru Kenyatta, his Deputy William Ruto and journalist Joshua arap Sang stopped until its application to have the cases brought back home is heard and determined.

The AU also wants the two Kenyan leaders allowed to choose which sessions they would like to attend owing to their constitutional responsibilities.

In a letter written to the ICC and copied to the United Nations Security Council on September 10, the AU argued that the court should first determine the referral application before commencing the cases.

“In addition, the prosecution has ignored several procedural requirements having the effect of eroding the principles on natural justice. The court’s attention has been drawn to this aspect on two occasions by its own judges,” read the letter signed by AU Chairperson Hailemariam Desalegn and by AU Commission Chairperson Nkosazana Dlamini-Zuma.

“This leaves the African Union with no option but to ask that until the request of the AU is considered and clearly responded to, the cases should not proceed.”

The letter further made reference to an appeal that has been filed by ICC Prosecutor Fatou Bensouda against allowing Ruto to attend part sessions arguing that the judges should not have forced the Deputy President to attend all the sessions before the appeal was determined.

“The Trial Chamber in its earlier decision had taken cognisance of the Deputy President’s constitutional responsibilities on which basis the court permitted him to attend only some sessions. On these grounds the court should have upheld its decision pending the determination of the Prosecutor’s appeal,” the letter goes on.

The AU also cited two high level security meetings slated for this month that Kenyatta would be unable to attend as a result of the ICC trial against Ruto.

“Participation in both conferences at the highest level is critical for Kenya in its trajectory and efforts towards peace and security both at the national and regional levels.”

The AU added that the trials would undermine Kenya’s role in the international arena insisting that they should not infringe on the responsibilities of the two Kenyan leaders.

“While Kenya has always cooperated and reiterated its commitment to continue cooperating with the court, it must do so in the context of its own constitutional requirements,” argued the AU.-capitalfm.co.ke