NAIROBI, KENYA: Kenya appears to be punishing nations backing the International Criminal Court, where President Uhuru Kenyatta faces trial for crimes against humanity, by keeping envoys in limbo while they wait for accreditation.

European nations said they would keep diplomatic contact with newly elected Kenyatta to a minimum due to the looming trial at The Hague-based court, but eight months after he took office, it is the president’s turn to hit back over their support for the ICC. “This is a diplomatic move that reflects protest at the ICC,” said Alex Vines from Britain’s Chatham House.

“It also reflects how Kenya’s foreign affairs have been focused on ICC.” Six ambassadors sent to Nairobi have been waiting for several months to present their credentials — from France, Germany and Italy, as well as Japan, Zambia and Iraq. France, Italy and Germany all back ICC trials of Kenyatta — now due to begin in February next year — and his deputy, Vice-President William Ruto, which has already begun.

The two are accused of fomenting political unrest and violence after a 2007 election in which more than 1,100 people died and several hundred thousand were forced to flee their homes. Japan was last year the ICC’s biggest contributor of funds. However, Zambia and Iraq seem to be collateral damage — because heads of state normally accredit a group of ambassadors at the same time. Officially Nairobi attributes its slowness to accredit the ambassadors to Kenyatta’s “busy timetable”, a European diplomatic source said, and foreign diplomats stationed in Nairobi have been playing down the issue.

“The ICC and the accreditation appointment are two separate issues,” one diplomat insisted, saying there had been a sign of some progress on the issue. Some ambassadors, who had been appointed by their governments but whom Kenya had told to stay in their home country until the freeze on accreditations is lifted, have now been invited to come to Kenya and to be on stand-by for an appointment in late November, one diplomat noted.

“Given the way things are done locally it’s hardly surprising we don’t have anything more precise,” the same source said, noting that appointments are often “set at the last minute”. The diplomat also said the Kenyans “are not completely cut off from diplomatic reality, they know it can also be a handicap for them”.

Since their swearing-in in April, Kenyatta and Ruto have filed numerous requests to have their trials postponed or to benefit from special conditions, arguing that they have to be able to discharge their presidential duties.

They have obtained massive backing from the African Union, which in May requested that the cases against the two Kenyan leaders be dropped. The ICC has since accepted some concessions for Kenyatta. While Ruto’s trial opened on September 10, the president’s has been pushed back to February to enable him to handle the aftermath of the attack on Nairobi’s Westgate shopping mall by Islamist gunmen.

Kenyatta has also been exempted from attending parts of his trial. But the UN Security Council last week rejected another resolution, brought by Rwanda, asking for both trials to be suspended. France, Britain and the United States did not use their veto rights, but abstained collectively, a move that Nairobi slammed as “cowardice”. But Chatham House’s Vines said that the delay in accreditation remains largely symbolic.

“The embassies continue to run with charges d’affaires, and no protests have been made yet,” Vines said. “These diplomats will eventually be accredited and none of the governments want to exacerbate the situation by publicly complaining.” However, prominent Kenyan civil society figure Mwalimu Mati was less sure, arguing the government had adopted an “uncompromising” position on the ICC.
-standardmedia 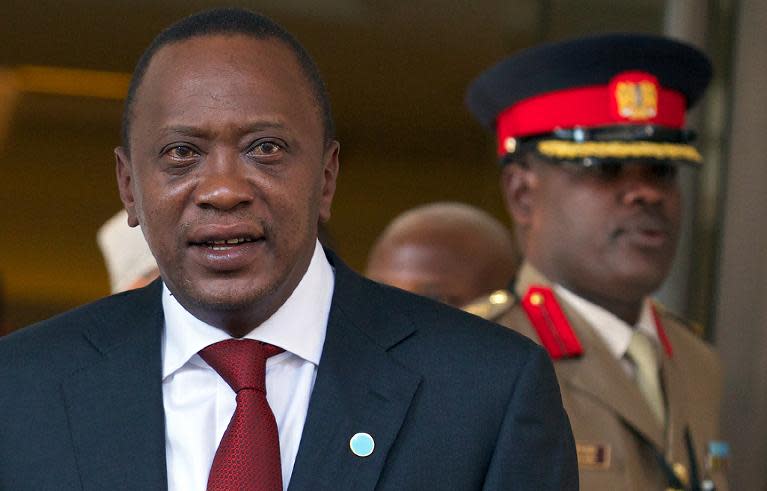