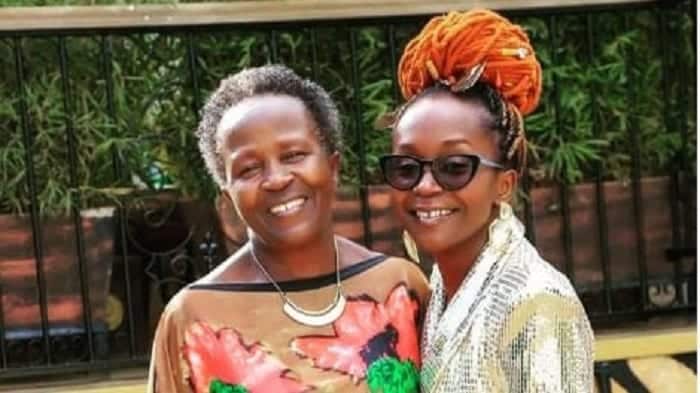 Kansiime Anne is going places: Talk about a Ugandan take-over! With just a few episodes on air, Don’t Mess with Kansiime is currently one of the most viewed shows on local television and the show keeps getting better.

Apart from Citizen TV, Anne Kansiime shenanigans are also aired on NTV Uganda. Kansiime has not only taken over East Africa but is also taking over the world! So big is Anne that she got in invited  for a Commonwealth Day Occasion  in London.

Kansiime is clearly going places. Meet the woman who is lucky enough to cal this woman her daughter and sister. Meet Anne’s mummy and sister

Anne posted this photo with the following caption: Happy International Women’s Day to my wonderful mother & sweet sister + plus to all the respectable women out there. Remember, you are not worthy of any respect until you respect yourself.