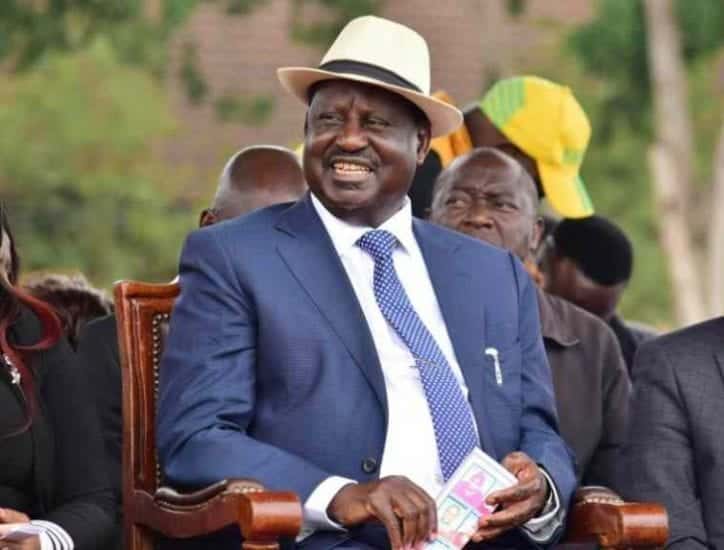 FORMER Prime Minister Raila Odinga has told Princeton University that the presidential system of government is not the best for Kenya. He would now prefer a system that retained a Prime Minister.

He was giving a lecture entitled ‘The Awakening African Lion’ on development and change on the African continent to an audience at the Woodrow Wilson School of Public and International Affairs on Tuesday evening.

Afterwards he told the Daily Princetonian that the current system destabilises the country because the big tribes can gang up to keep the presidency under their control.

Raila himself campaigned vigorously for the new constitution before it was passed in 2010. The president has all the executive authority but checks and balance are provided by an independent judiciary, devolution and a two-house parliament.

The first Bomas draft in 2004, in which Raila was involved, proposed a constitution with a Westminster style government with an executive prime minister and a largely ceremonial head of state.

“This new constitution has completely separated powers; members of Parliament are not ministers. Ministers are from outside. It is frustrating. I think people would prefer more a mixed system rather than a presidential system; it is more accountable,” Raila told the university paper.

In the interview, Raila discussed Kenyan politics, his experience as an African Union negotiator in the Ivory Coast’s 2010/2011 conflict and the rise of terrorism in Africa.

Raila said that Kenya was slowly moving into an era with fewer political parties as politics matures in the country.

“As you can see, the new face [of Kenya] is coalition building. Like the last election, there were three major coalitions: the Cord coalition, the Jubilee coalition and the Amani coalition. That is where you see the formation of strong political parties,” Raila said.

“In other words you end up with a dual system like you have here in this country of Republicans and Democrats and the Social Democrats and the Christian Democrats in Germany, and so on and so forth. But this is something in my view that is already in the making,” Raila said.

The Cord leader said that multi-partism has opened up the democratic space and Kenyans are “freer than they were under a single party dictatorship.”

On conflict in Africa, Raila said that the United Nations needs to move earlier and faster.

“The Rwandan genocide must not be repeated,” Raila said.

“They disrupt the lives of people. They cause unnecessary suffering and pain to women, children and other people in society,” Raila said.

The former PM said that African governments should cooperate because the terrorist groups cross borders.

“My opinion would be that all the countries in the world need to work together to share information and share experiences because many complement each other. This is an international affair and transcends national boundaries,” Raila said.

According to the 2009 census, the Kikuyu are the largest of Kenya’s 42 tribe followed by the Luhyas and Luos. The Kikuyu have produced three presidents, Jomo Kenyatta, Mwai Kibaki and currently Uhuru Kenyatta, the son of Kenya’s first president.

The second president, Daniel arap Moi, was from the Kalenjin, fourth largest tribe.