A policeman was badly injured after a grenade was thrown at him and his two colleagues in Mombasa on Thursday evening at Biashara Street, Mwembe Tayari.

According to reliable sources, the police officer and two others had arrested an unidentified young man while on patrol.

However, as they walked back to the station, three other young men emerged and confronted the officers demanding to know why they had arrested their ‘brother’ before they threw a grenade at the officers.

One officer was hurt as the other two opened fire but could not arrest the attackers who fled with the suspect that had been arrested and handcuffed.

Anti-terror police have secured the scene with Mombasa Commissioner Marwa also at the scene but he is yet to issue any statement.

The injured officer was rushed to Jocham hospital where he is being treated.

Gun shots have been heard near the Fire Station, around a kilometre from the scene of the grenade attack. 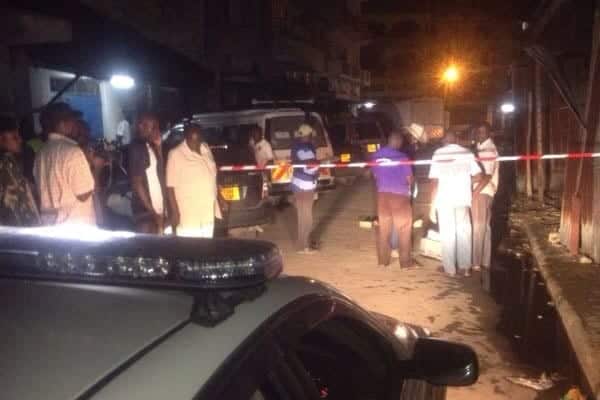