Five matatu bus crew have been charged with failing to screen passengers in connection with the explosions in ill-fated buses on the Thika Road on Sunday.

They were charged with failure to prevent a felony, namely murder and were ordered to deposit personal bonds of Sh5 million each with two sureties of similar amounts.

The prosecution told the Makadara Chief Magistrate Emily Ominde that the crew failed to screen passengers “thereby allowing the buses to be blown up by an unknown passenger.”

At least three people were killed and 62 wounded when two improvised bombs exploded on buses in the capital.

Of the 62 wounded, 20 were admitted in critical condition.

Sunday’s twin attacks were on two buses packed with commuters along Thika Road, headed to Githurai and Mwiki from the city centre.

The explosions came a day after two blasts at the Kenyan coast killed four people. 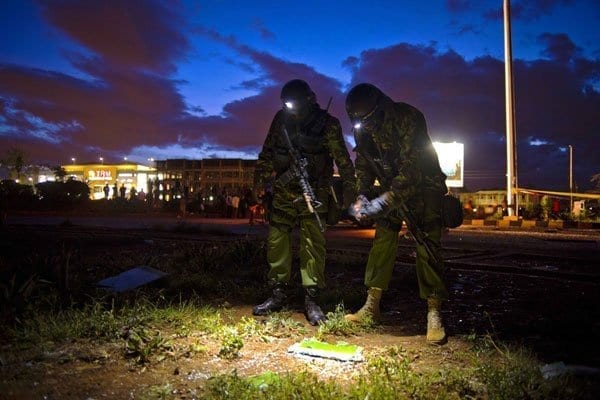