A Kenyan man appeared in a US court Wednesday on charges of physically assaulting two elderly men in Massachusetts.

Cosmas Mbugua, 22, made a brief appearance in Haverhill District Court after prosecutors asked a judge to move his hearing to a court accessible to his alleged victims.

Mr Mbugua, who worked overnight shifts in the Haverhill group home, did not plead to the charge of abusing the two 60-year- old men who are mentally and physically disabled.

Speaking outside the courthouse soon after the court session, Patricia Ward, a sister to one of the alleged victims said; “He was punched in the face, and my brother is mentally incapacitated.”
And speaking to a local TV station Wednesday, a sister to the second alleged victim, Maryann Lawler, said Mr Mbugua had acted ruthlessly towards her brother.

“He pushed my brother who was in a wheelchair into a closed door several times and then repeatedly punched him on the ankle,” she told WCVB in Boston.

“He has a broken tibia and a bruise the size of a baseball on his ankle,” she added.

The director of Fidelity House which owns the home where Mr Mbugua worked said a criminal background check was performed before he was hired but returned no convictions.

However, court records seen by the Nation indicate that Mbugua had been arrested on suspicion of disorderly conduct and threatening to rape a nurse at Lawrence General Hospital in 2013 and he was sentenced to probation. There now exists a warrant for his arrest for violating that probation.

Last month, Mbugua was arrested on suspicion of gross and open lewdness. “Mr Mbugua, who was intoxicated, indecently exposed himself on a city bus in Lawrence, Massachusetts,” states the arresting officer in an affidavit seen by the Nation.

Mbugua is set to appear in court again on May 19. 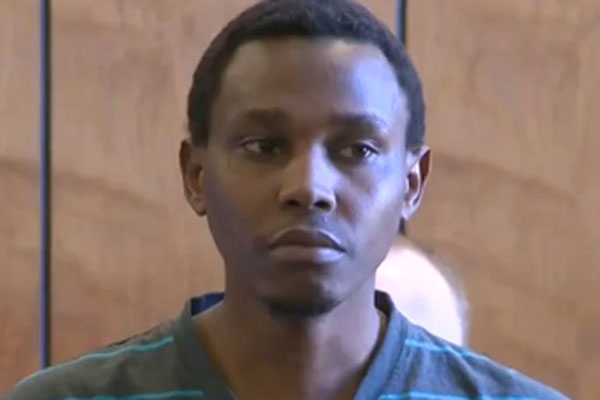