Malawi’s President Joyce Banda on Saturday declared this week’s chaotic election “null and void” and called for a fresh vote, throwing the impoverished nation into crisis.

Banda, who has claimed there were “serious irregularities” with the poll, declared fresh elections should be held within 90 days but said she would not stand as a candidate, to “give Malawians a free and fair” election.

“As president I have used the powers conferred upon me from the constitution to declare the elections null and void,” she said in remarks broadcast on radio.

Her supporters have alleged that her chief adversary Peter Mutharika — who is already facing pre-election treason charges — may be behind the irregularities.

They earlier said they would not concede defeat, after preliminary results showed her trailing a distant second.

With about a third of the votes counted Mutharika, 74, had 42 percent, while Banda has 23 percent, according to preliminary results announced by the electoral commission late on Friday.

Mutharika is the brother of late president Bingu wa Mutharika, who died in office two years ago.

He allegedly attempted to conceal his brother’s death by flying his body to South Africa in a bid to prevent then vice president Banda from coming to power as the constitution decreed.

That lead to treason charges against him.

After Mutharika’s corruption-tainted eight-year rule, Banda was feted by the West as one of Africa’s rare women leaders, even receiving a high profile visit from then US Secretary of State Hillary Clinton.

But her government has since been ensnared in a $30 million government corruption scandal dubbed “Cashgate” that has seen foreign donors freeze badly needed aid.

That aid is likely to remained frozen as long as the current crisis continues.

Voting had been scheduled to take place on Tuesday, but was extended through to Thursday when delays of up to ten hours prompted riots in the commercial capital Blantyre, where the army was deployed.

Banda’s request for an audit was rebuffed by the country’s electoral commission chief, who told AFP that despite problems with the electronic counting system, the tally was continuing manually.

Maxon Mbendera insisted the election was “valid” and said Banda’s claim was caused by “desperation”.

“Conceding defeat is not here nor there. Why concede defeat when anomalies have not been rectified?” Kenneth Msonda, spokesman for Banda’s People’s Party, told AFP.

Msonda said the electoral process had been “marred by a lot of irregularities on vote tabulation. We have won this election, otherwise we demand a stop to the tabulation of the results until all anomalies are corrected,” Msonda said.

Banda had appealed to the country’s high court to block the release of the elections results, but the court has refused to do so. 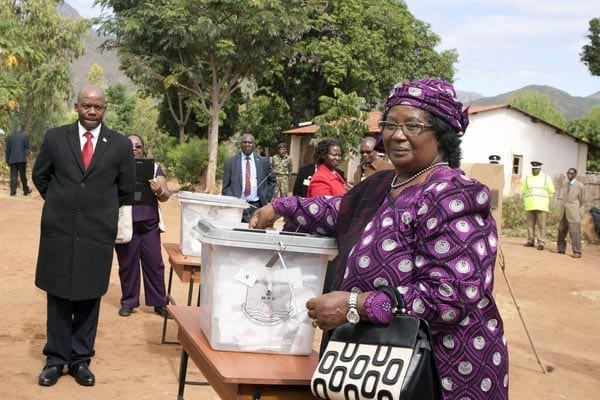