Two months ago, at the height of terrorist attacks, State House made a call to Safaricom chief executive Bob Collymore.

Concerned that his government was losing grip of the  situation, President Kenyatta wanted to know whether Safaricom would help security agents communicate better.

He asked the mobile phone operator to develop a security communication and surveillance system that would urgently boost the capacity of the national security agencies to fight terrorists.

According to sources privy to the discussions, it was perceived to be easier and faster to go through a direct procurement system since previous attempts to enlist a firm for the contract through the open tender system had failed as competitors fought for the multi-billion project.

The source told the Nation that there was also a feeling that, being a significant shareholder in Safaricom, with a 35 per cent stake, the government was safer entrusting the project to the firm.

Safaricom was also picked because it had the technical expertise and financial capability to roll out a project of such magnitude.

The trade-off was that while the telecom firm would get the tender, it would deploy the system at a lower cost as no profit margin was to be added.

A technical committee was then set up, led by former ICT Permanent Secretary Bitange Ndemo, and comprising senior government officials, the tender committee in the Interior and Coordination of National Government ministry, and national security chiefs to oversee the project.

Safaricom was then invited to pitch, and negotiations started.

It was then agreed that part of the government’s reimbursement of the Sh14.9 billion Safaricom would spend to put up the system would be in form of spectrum of a similar value.

On the one hand, the additional spectrum would help the mobile operator to improve quality of service, which had been a bone of contention between it and the regulator, the Communications Commission of Kenya.

On the other hand, Kenya would have an efficient security communication and surveillance system that would  increase its ability to contain rising terrorism and crime. 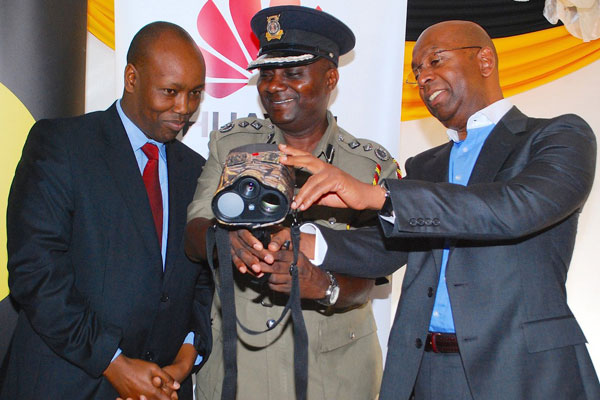