The United States Agency for International Development (USAID) has donated equipment worth Sh60 million to be used for detecting explosives in airports across Kenya.

The 20 Desktop Explosive Trace Detection units (ETDs) will be handed over to the Kenya Airports Authority (KAA) on Tuesday by Mr Isiah Parnell, the chargé d’affaires of the US embassy in Nairobi.

“The units can test for traces of common conventional explosives that may be hidden on people and in luggage and carry-on bags,” the statement read.

In a statement, the US embassy said the ETDs were donated by the US Transportation Security Administration (TSA).

TSA is charged with providing security for passenger and freight transportation. It has trained 57 KAA employees from seven airports across Kenya on how to use the explosive-detection equipment.

The donation from the US will help boost security in Kenyan airports after several western countries issued travel advisories to their citizens warning them of possible terror attacks in the country.

Kenya recently advised its citizens to avoid transiting through UK’s Heathrow Airport because of “a substantial threat of possible attack” by Al-Qaeda operatives. 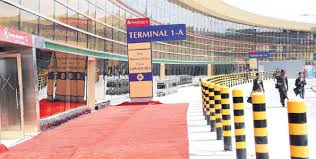