Members of Parliament from the governing Jubilee Coalition are planning to hijack the Cord alliance push for a referendum and introduce proposals to lock out opposition leader Raila Odinga from the next presidential elections.

The plan is to introduce questions to the referendum Bill setting an upper age limit of 65 years for a presidential candidate.

The also want to change the Council of Governors referendum question on increased funding to county governments so that some of the money is channelled through the Constituency Development Fund (CDF), which is controlled by MPs.

National Assembly Majority Leader Aden Duale, confirming the plan, said they would use their numerical strength in the House to push through the additional questions.

An upper age limit for a presidential candidate will directly impact on Mr Odinga, who is 69 now and will be 72 in 2017, the scheduled year for the next elections.

“Members of the National Assembly will introduce several questions to the referendum petition when it is brought to us in the House. One of the questions will be to limit the age for presidential candidates,” Mr Duale told the Nation by telephone.

He went on: “We want it stated categorically that anybody above 65 years cannot be allowed to vie for the presidency. That is what we will do,” he added.
Mr Duale was giving the official position on proposals that have been widely discussed in recent days by Jubilee social media activists.

The affirmation comes a day after Mr Odinga, the ODM leader, announced that he will contest the next election, putting to an end speculation that he will step aside and pass the baton to other leaders in the coalition. Speaking in Siaya over the weekend, he said his candidature in 2017 was driven by pressure from his supporters.

“They say I should retire, should I continue or not?” he posed and the crowd returned a resounding acclamation.

The Jubilee move will present a dilemma for the Cord Coalition which has initiated the clamour for a referendum based on the challenges of insecurity, national unity, devolution, cost of living and the electoral process.

Mr Musyoka will be 64 years and Mr Wetang’ula 61 come the next elections.

President Uhuru Kenyatta will be 56 years old while Deputy Preisdent William Ruto will be 51.

Speaking to the Daily Nation yesterday, deputy Minority Leader in the National Assembly Jakoyo Midiwo claimed that Jubilee leaders were out to scuttle the referendum push. “They can come with as many questions as they want. Who told them Raila must be President of Kenya? He only wants order. Let them be prepared to meet us at the ballot because the referendum will be there whether they like it or not,” said the Gem MP.

The Jubilee government is facing a two-pronged assault by Cord’s Okoa Kenya campaign and the separate push by governors for a plebiscite to protect devolution.

President Kenyatta Mr Ruto have opposed the twin-call for the referendum and vowed to push on with their agenda, stating that they will not allow the negative politics to distract them.

Governors, on their aside, resolved to push for the referendum to safeguard devolution after the County Governments Act was amended to establish County Development Boards to be chaired by Senators. The change in law effectively relegated governors to the periphery on development projects in their counties, a move they have vowed to defeat.

In their push for the referendum, both Okoa Kenya Campaign and Council of Governors want the allocation of revenue to counties, which now stands at 15 per cent of the total revenue, to be increased to 45 per cent.

Speaking yesterday, Mr Duale faulted governors for the demand for increased allocation, arguing that some of them have failed to account for the amount they are currently receiving.

“They must be accountable for the money they receive. If they don’t want to do that right now, what will happen when they get more funds?” he asked. 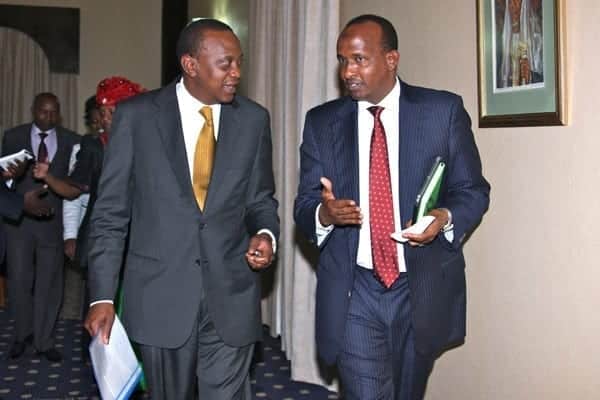