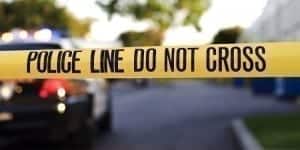 A Northeast Side man died early this morning after he was shot in North Linden late last night.

Meshack K. Mwangi, 62, of Julia Court, was discovered in front of 3526 Greenwich St. at 11:51 p.m by Columbus police responding to a report of a shooting.

Mwangi, who had a gunshot wound to the upper body, was transported to Wexner Medical Center at Ohio State University, where he was pronounced dead at 12:56 a.m.

There were initial reports that the assailant was seen running toward the nearby Northern Lights Shopping Center.

Detectives said they have no known suspect or motive in this shooting.

Mwangi’s death is the city’s 64th homicide of the year.

Police puzzled at fatal shooting of Kenyan immigrant in Ohio

Anyone with information about the shooting is asked to contact the Homicide Squad at 614-645-4730 or Central Ohio Crime Stoppers at 614-645-TIPS.