The push for a national referendum by the Council of Governors suffered a setback on Wednesday after two governors withdrew from the campaign.

Nyeri governor Nderitu Gachagua and his Kiambu counterpart William Kabogo separately opted out of the call for referendum.

Governor Kabogo urged the Senate to back devolution.

Governor Gachagua, explaining his decision, said the referendum campaign had been hijacked by the Cord Coalition.

“This is my personal position as the governor of Nyeri County,” he said.

He said the calls for referendum were first initiated by the Council of Governors based purely on the need to allocate more resources to the counties as per the new constitution.

But the initiative, he said, had since been hijacked by Cord leader Raila Odinga who added issues into the campaign which are unclear.

He said the perception in the country is that the referendum campaign by the Council of Governors is a Cord’s initiative.

The governor argued that the two referendum campaigns cannot run together.

“I am feeling that it is unattainable to be able to continue defending this referendum calls when Cord is on board,” he said.

He made the remarks while addressing coffee farmers from New Gikaru Coffee Cooperative Society at Thangathi coffee factory in Mukurwe-ini.

Mr Gachagua said he will lobby the Council of Governors to abandon calls for a referendum and to instead open talks with the national government.

“This is a referendum which is unnecessary if issues of funds are resolved,” said Mr Gachagua.

The Nyeri governor said that though the Jubilee government had initially urged governors to give them time to implement their policies, there has been frustration in allocation of funds to the counties.

“That is the money meant for health services, agriculture, water and other services being held in Nairobi,” he said.

“We as governors don’t have legislative powers that we can use to agitate change and we needed to go back to Kenyans to decide for us,” he said. 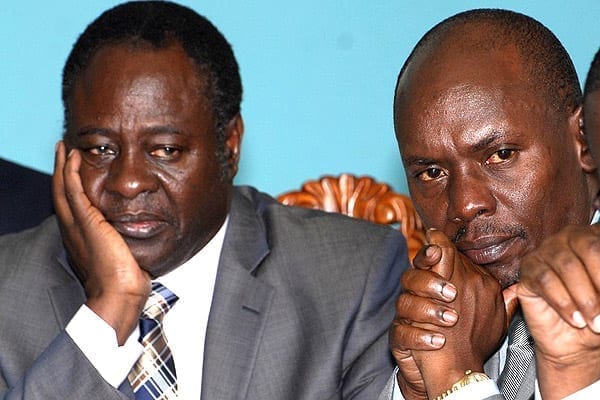