Three German men were arrested at the weekend when they flew home from Kenya, on suspicion of being members of Somalia’s Al-Shabaab Islamist militant group, officials said Monday.

“Three suspects were arrested at Frankfurt airport” on Saturday, a spokeswoman for the federal prosecutors service told AFP, adding that a press conference was planned for later in the day.

Public broadcaster SWR earlier reported the men had returned to Germany because they no longer wanted to take part in combat for the Shabaab.

The report said there were no indications the three were planning attacks in Germany.

Al-Shabaab, Al-Qaeda’s main affiliate in Africa, controls vast swathes of Somalia’s rural hinterland from which it carries out regular guerrilla attacks against government institutions and international forces based in the capital Mogadishu.

The Shabaab has recently stepped up attacks against countries that contribute to the 22,000-strong, UN-backed African Union force deployed against them in Somalia since 2007.

Neighbouring Kenya has been especially hard hit, most notably with the attack on Nairobi’s Westgate shopping mall last September in which at least 67 people were killed. 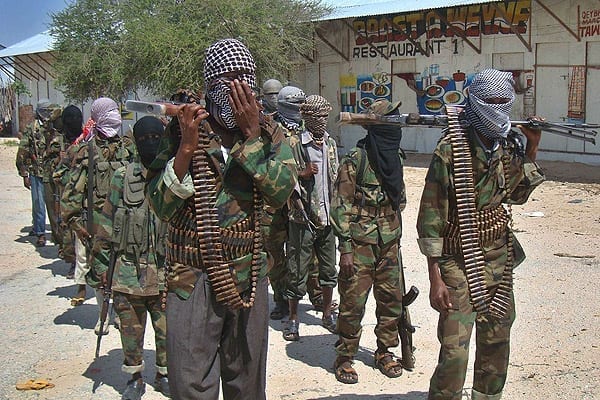