A witness told the International Criminal Court that he was asked to change his testimony to suit what the investigators wanted.

Prosecution witness P516 said he “modified” his statement to capture what he was told by the Office of the Prosecutor investigators who he met at a secret location in November 2012.
He said that a certain woman promised him a good life and riches if he complied.

The judges heard that he was given a typed statement to copy in his handwriting to make it appear as his own.

The second prosecution witness testifying from a secret location in Nairobi through video link rejected several parts of the statement read to him by prosecution lawyer Lucio Garcia, saying he had not written or talked about them.

The lawyer took him through the statement, paragraph by paragraph, asking him whether he authored or heard of the events described in it.

The witness had recanted his earlier statement and withdrawn from testifying before the court, but he was asked to do so via the video link following an application by prosecutor Fatou Bensouda.
Wednesday’s session centred on the testifier’s statement prepared in 2012.

According to the witness, the statement was prepared by the investigators and he was given only two hours to go through it before signing.

He said he added personal details and background information of events that happened in 2007 around his rural home.

The witness also said he was not interested in what was on the statement, but in what he was to get.

“I was just interested in the offers I was being given and not the statement,” said P516.

He denied he attended a meeting at Mr William Ruto’s home in Sugoi and a political rally in Eldoret Town although he had done so in his earlier statement.

Presiding judge Chile Eboe-Osuji asked the winess whether they (him and the woman) discussed the statement with the investigators that evening but the witness replied in the negative. 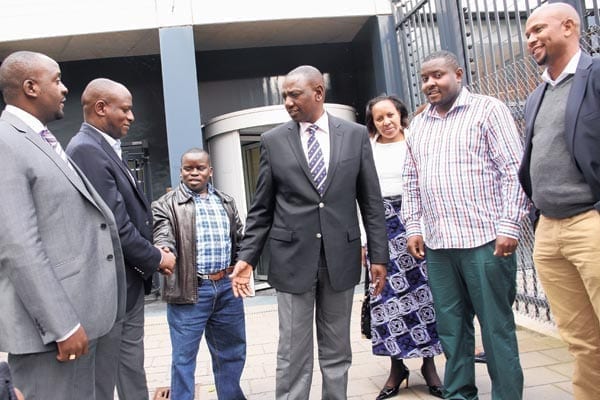