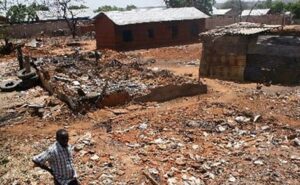 MANDERA COUNTY: Police in Mandera have recovered 380 rounds of ammunition, assortment of security uniforms, a magazine and packets of capsules from a clan militia, who attempted to attack a village in the troubled Rhamu town on Saturday morning.

The militia suspected to be from one of the rival community’s bid to raid Shantoley village on the outskirts of burnt down and deserted Rhamu were overpowered by a combined security personnel, who swiftly responded to their first gun shots ahead of their mission to attack internally displaced families camping at the peripheries of the clashes torn town.

Confirming the incident on phone to The Standard, the Mandera county police Commander Noah Mwivanda said 33 suspected criminals were also arrested during the operation that followed.

“Today (Saturday) at about 9am heavily armed militia suspected to be from the Degodia tribesmen shot at a Garre headsman, fetching some grass from the banks of River Daua, which divides Kenya and Ethiopia. The gunmen who were standing on the Ethiopian side of the river who were seemingly planning to attack Shantoley village fired at the herder, who managed to escape unscathed” he said.

He added; “Our combined security officers comprising of the military (KDF), General Service Unit (GSU), the regular and administration police who were attracted by rounds of gun shots quickly responded and managed repulse the bandits hiding near the river.”

The county police boss said on the process of fleeing toward river Daua on the neighbouring country side, the militia left behind 380 belted rounds of ammunitions, a loaded magazine, an energy enhancing drugs and assorted police and administration police uniforms, which they planning to pose themselves as security officers during the attacks.

Three months ago a tailor in Wajir was arrested by military intelligent officers, after his shop was found with cache of military and other security personnel uniform, provincial administration ceremonial dresses and caps.

Mwivanda said following a swoop they conducted around thickets and houses in the Shantoley area they managed to apprehend suspected clan militias and their sympathizers who were hiding themselves from the security officers on security patrol.

“Our combined security officers nabbed 27 adult men and 6 women of non-Kenya origin in the area and we highly suspect they were criminals bent on committing a felony against innocent civilians” he explained.

More than 60 people mainly children and women were killed, tens of thousands displaced and property worth millions of shilling were destroyed in a protracted inter-clan clashes pitting two Somali pastoralists’ communities- Degodia and Garre. 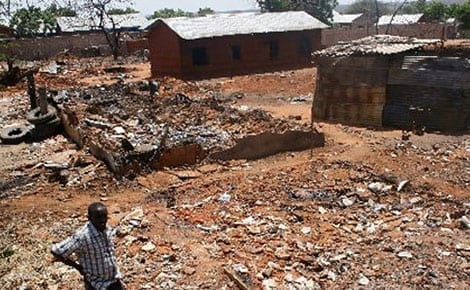