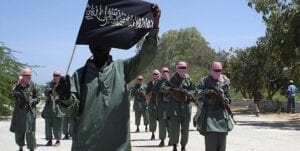 Kenyan police were Thursday interrogating a suspect believed to be behind a spate of terror attacks in northern Kenya.

Job Boronjo, police commander of Mandera, told journalists that Salim Abubakar Kitonga, who was arrested early Thursday, was providing crucial information that might lead to the arrest of those behind terror attacks in the country, Xinhua news agency reported.

The East African nation experienced a rise in attacks in different parts in 2014, particularly along the coast, where attacks by Somali Islamist insurgent group Al Shabaab killed over 90 people in June, and in the northeast, where two back-to- back incidents in Mandera in November and December resulted in 64 deaths.

Boronjo said there is evidence that Kitonga planned the two attacks in Mandera.

“The suspect has been on our list for long as reports indicate he is behind the recruitment of Kenyans, Ugandans and Tanzanians into Al Shabaab group based in Somalia,” he said.

He said the 30-year-old suspect, who was living in a mosque within Mandera town that he refused to disclose, has been facilitating the movement of Al Shabaab recruits into Somalia.

The Mandera county and other parts of northern Kenya have been subjected to successive explosive attacks by Al Shabaab operatives in the country following the onslaught by Kenyan soldiers on the Al Shabaab in Somalia in 2011.