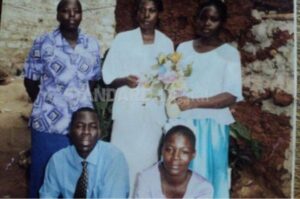 A Kenyan family is pleading for the release of their daughter who is locked up in a Saudi prison over unclear circumstances. Mildred Asuswa, a Kenyan, is being held at a prison in Jeddah, Saudi Arabia after she was accused of attempted commit suicide. The 23-year-old woman was arrested in mid-February and is yet to be taken to court.

According to Islamic Laws, which are severely enforced in Saudi, an act of attempt to commit suicide is forbidden.

Victoria Mukwole, Mildred’s mother, said her daughter left for Riyadh in June last year to work as a domestic worker.

“We used to communicate at least once a week. Though she complained that life was hard and her boss was not treating her right, she vowed to stay put until she builds me a house and saveenough money to start a business,” Victoria recounted.

Ms Mukwole told The Standard on Saturday that her daughter was employed by a woman called Alfin Abdallah.

She explained that the last time she talked to her daughter was in February 20, and her efforts to contact her daughter’s employer or agent have been futile.

“She told me she had been arrested and is being held in jail. She explained that she fell ill and couldn’t work. This forced her to request her employer to help her seek medication,” she said.

“Instead of being taken to hospital, her employer sent her to jail claiming she had attempted to commit suicide. All her documents were confiscated by her employer.”

Mildred’s mother now pleads with the government to intervene for the safe return of her daughter. Her efforts to contact the agent who took her to Saudi have been unfruitful.

“The agent doesn’t take our calls. She never responds to our texts,” she said.

When contacted, the agent, Margy Githira, told this writer to go ahead and write the story saying her job is not to protect those who break laws.

“Let us see if you people in newspapers will help her come back from Saudi. You arefond of meddling in other people’s affairs. Are you even a relative?” she asked.

Mildred’s case is just one of many Kenyans who are duped by dishonest agents to travel to Saudi Arabia in search of greener pastures but are now living in bondage.