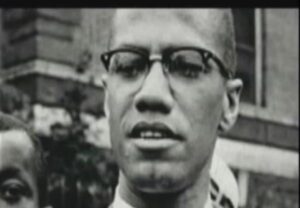 We’ve laid our hands on a historic video of US human rights activist Malcolm X singing the praises of Jaramogi Oginga Odinga.

He gave this speech in Mississippi just one week after we became a republic, and he informs his audience that Oginga Odinga had been named Kenyatta’s Vice President.

He says that when Africa is fully independent, historians will give President Kenyatta and the Mau Mau their rightful role in African history. He referred to them as the greatest African freedom fighters.