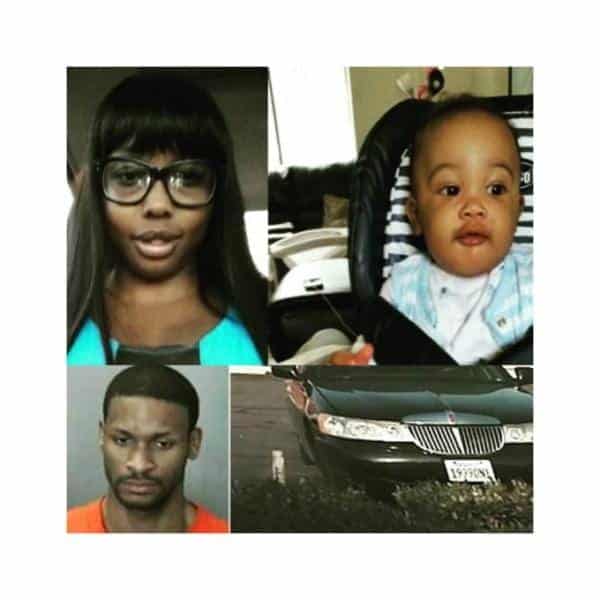 While a 24-year-old Anaheim man faced his first court appearance on two counts of murder in the stabbing deaths of his 6-month-old son and the baby’s mother, the victims’ extended family from Kenya was in mourning Thursday.

Kwame Adom Carpenter appeared in court in Santa Ana, hiding behind his attorney and speaking softly to the judge. His arraignment was postponed until July 17.

He fled the home in a relative’s car and was arrested early the next morning in Fountain Valley, where he was pulled from a pond, authorities said. Police initially spotted him sleeping in a vehicle in Santa Ana, and he allegedly led officers on a pursuit that ended in Mile Square Park.

Carpenter was charged with two felony counts of murder, according to the Orange County District Attorney’s Office. He faces a minimum sentence of life in prison without parole, if convicted as charged.

He was ordered held without bail.

Meanwhile, Carpenters’ alleged victims’ relatives gathered at their church in Anaheim Thursday, saying they planned to bury Moureen and her son once extended family arrive from Kenya.

Moureen met her husband Kwame in nursing school, family members said. The DA’s office and police had described the couple as boyfriend and girlfriend.

The devoutly Christian family said their faith was helping them through, and they did not display tears or anger at the gathering.

Appreciation: Many thanks from Moureen and Baby Kyan’s…

Update:Prayers and Fundraiser for Moureen and Baby Kyan in…

“I’m imagining that’s what she would want us to do, to celebrate her life, the moments that we had with her in this world and that’s what we are focusing on: her life and her baby’s life,” said Jimmie Gathua, Moureen’s brother.

A GoFundMe.com page has been set up to help the family with burial costs.

Those not able to make it to the event can use the following options to send gifts/contributions:
-Bank account.
Bank of America #325059388348.
Zip code 92805
Account name-Miriam David
-GoFund account.
http://www.gofundme.com/xd5e5d5c

VIDEO:Kenyan immigrant who owns a repair shop in Texas defends his…