After Kenya suspended deals with CNN over description of Kenya as a “hotbed of terror”,Tony Maddox,the CNN’s Global Executive Vice President visited Uhuru at State House to mend the relationship.Here below is Uhuru’s statement on the visit. 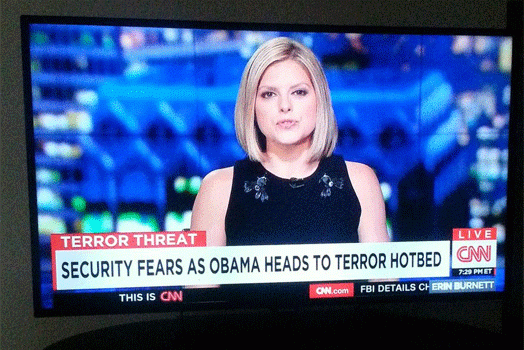 Today I held a meeting with CNN’s Global Executive Vice President and Managing Director, Tony Maddox, who called on me at State House, Nairobi. He personally delivered an apology on behalf of CNN International and expressed deep regret after portraying Kenya as a ‘hotbed of terror’ ahead of a visit to Nairobi by President Barack Obama last month. He admitted that the description of Kenya as a “hotbed of terror” was both ill fitting and undeserved. I expressed my deep disappointment at the story not only on behalf of the government, but also because it angered the people of Kenya. I reiterated that the war on terror was a global threat, not exclusive to Kenya, and that Kenya’s troops and her people have made great sacrifices and still do, to keep Kenya and the region safe. In one stroke, CNN’s description of Kenya as a ‘hotbed of terror’ undermined the sacrifices made by our Kenyan troops, and the value of hundreds of lives lost, and relegated them to nothing. That’s why Kenyans, as expressed by those on Twitter, were so angry. Kenya is nothing like the countries that have real war. There was no reason to portray Kenya in that way.

How to be Outstanding: Be Extraordinary In What You Do

Word of the Day:God’s way is the only successful way.