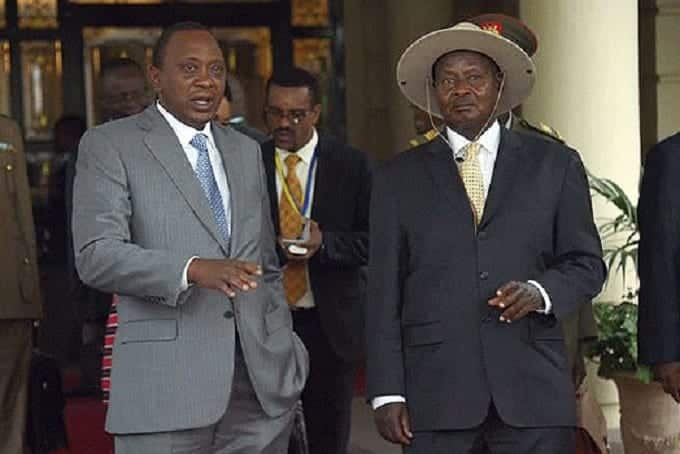 President Uhuru Kenyatta arrived in Uganda on Saturday afternoon where he was accorded a ceremonial guard of honour and 21 gun salute as he began a three-day State Visit.

President Kenyatta, who was formally received by his host President Yoweri Kaguta Museveni at State House Entebbe, inspected a guard of honour mounted by a detachment of the Ugandan Defence Forces.

The President is accompanied by the First Lady Margaret Kenyatta.

The plane carrying the President and his entourage touched down at Entebbe International Airport shortly before 4pm.