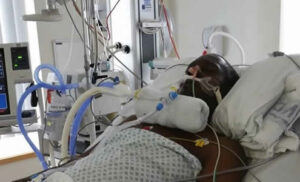 The last few days I have been trying to take courage to write this piece without success.  This is because it deeply relates to me in a big way; it is about Spencer Onsongo.

About a month ago I got a phone call from one of our Kenyan nurses in Oxford Radcliff Hospital that we had a Kenyan who had had a cadaveric kidney transplant (kidney from a deceases person). His kidney had failed and he was now back on dialysis.

The nurse wanted Kidney Research Kenya to offer Spencer peer support. He had a live donor from Kenya, a relative who was willing to be a donor. I called Spenser and we had a lengthy, hearty chat and we agreed on a plan of action. What people don’t realize is that kidney health problem strains families beyond measure due to complex issues involved.

Early this week, I got a call from a good friend, Shiru Mwangi the Tourism Minister Kiambu County about Spencer’s deteriorating condition. His health had taken a turn for the worst; he was in ICU with a blood clot in his brain. It turns out that Spencer is related to a prominent Kenyan here in diaspora Sheila Gatonye, the Honorary Secretary, Kenya Society.

Sheila told me this evening Spencer condition is deteriorating and the family needs our support in every way – prayers and financial support, at least to get a relative from Kenya to be at his bedside. You are all aware of immigration and Visa issues in Nairobi at the British Embassy, it requires your prayers to get Spencer back to health.  God intervene.For those who are not aware, Spencer had Renal Failure (double Kidney failure) about four years ago and has been on dialysis ever since.

Recently, complications from his Renal failure meant that doctors found a massive clot in his brain and they had to operate to remove it. The operation was successful and he was recuperating well until 26th August 2015 when he collapsed. CT scans showed he had a bleed in his brain and doctors performed a second emergency operation immediately. He has been in a coma since and his condition remains critical. His family in Kenya are making plans to visit and any help is highly appreciated.