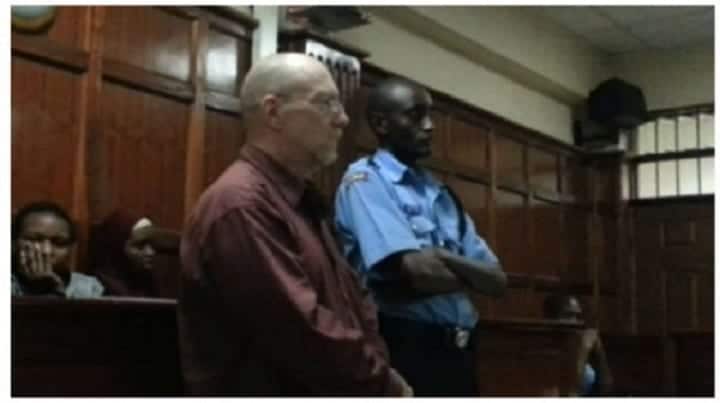 Mr John Eugene Bennet, with a pitched voice stated: “I have limited funds. All my accounts are in the name of my Kenyan wife-Karungari Gacoki Murigu Bennet- with whom we have a four-year-old son and an eight-month-old daughter. I married her in 2008.”

Mr Bennet further revealed to chief magistrate Daniel Ogembo of the Milimani Law Court Nairobi that all the property they have acquired with his wife are registered in her name.

“Here I am now I can’t help myself. My wife has set me up. She and my mother-in-law can’t allow me to see my children. They want me deported so that they can inherit all my money, property and children,” he lamented.

He said unless the US embassy intervenes in this matter he will definitely be repatriated to America with nothing.

“I can’t even engage an advocate to defend me in this case,” he said.

The wife, who works with Central Bank of Kenya, has filed for divorce, which is still pending at chief magistrates court – Milimani Law Courts Nairobi.

Mr Bennet, who is being prosecuted by Mr Isaac Mwashigadi for the offences of being in Kenya illegally, presented the court with a copy of the divorce proceedings.

He denied two charges of being in Kenya illegally and failing to register as a foreigner with the Immigration Department.

The American pleaded with the court to show leniency while releasing him on bond. Mr Ogembo directed him to deposit his passport and pay a cash bail of Sh100,000.

AUDIO: Senator Lucy Gichuhi opens up about her abusive marriage