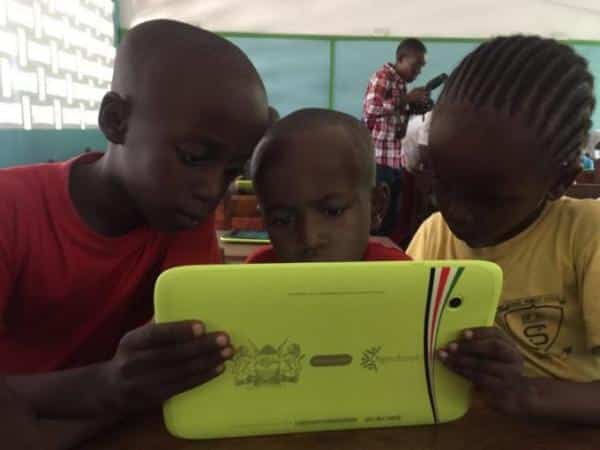 Free laptops was one of Jubilee government campaign promises during the 2013 general election.

Three schools in Mombasa, Sparki primary in Mvita, Mwijabu primary in Changamwe, and Kisauni primary in Kisauni constituency, are among the first 150 schools to benefit from the Sh17 billion project countrywide.

The laptops were given to pupils on Tuesday at the start of the second term.

This is a pilot project in which at least 11,500 pupils from the 150 schools are expected to benefit.

Speaking to the press at the Sparki primary school, head teacher Alfred Nthiga, said they are glad that the national government gave them priority.

The school received 80 tablets (Learners Learning Devices), two laptops (Teacher Devices) and one projector, which will be used during the computer lessons.

He said Sparki primary started the computer programme lessons in 2009 with the help of the USAid and the government laptops will be an added advantage.

“Our students will continue to learn new things after the project is launched,” he said.

Mwijabu and Kisauni primary received 69 and 11 tablets respectively. They also received laptops and projector for their studies.

The Jomo Kenyatta University of Agriculture and Technology (Jkuat) and Moi University will provide the laptops, routers and servers for the 150 schools, according to the government.

Moi University, in partnership with a Portuguese firm JP SA Couto, is expected to supply laptops to 26 counties, while Jkuat together with BGH (a joint venture between Argentinean and Brazilian firm) will supply the remaining 21 counties.

Counties in Coast are among those receiving laptops from Moi University and JP SA Couto.

My support for DP Ruto will not change, vows MP Jumwa