The prosecution has applied for the production in court of a former pay TV brand chief executive facing trial over murder to answer to fresh charges of illegal possession of a gun.

Mr Richard Alden, a Briton, is currently in custody pending a ruling on his request for bond after he denied killing his girlfriend Grace Wangechi at his Windy Ridge Road home in Karen, Nairobi, on June 4.

The prosecution further said he will also be charged with being in the country illegally.

The ruling on the bond application will be made on June 30, the same day prosecutor Eddie Kadebe wants Mr Alden to be produced before the chief magistrate to answer to the fresh charges. 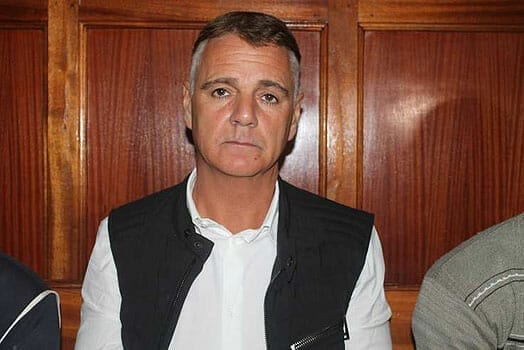 Mr Alden was arrested after the business woman died from a gunshot wound at his house. The former Wananchi Group CEO has denied the murder charge, which attracts a death penalty upon conviction.

It had initially been reported that the woman was playing with the firearm and taking “selfies” before she “accidentally shot herself”, but investigators later dismissed the theory.

In an affidavit, Mr Alden says he should be released on bond as he “is a father of three children and has an ailing mother who depends on him”.

While opposing the release of Mr Alden, the prosecution said he may interfere with potential witnesses.