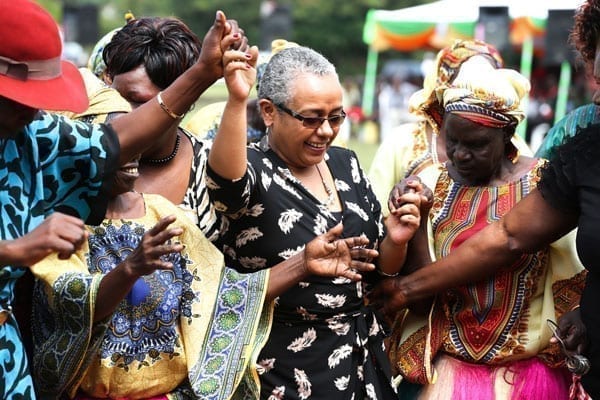 The First Lady of Ethiopia, Ms Roman Tesfaye, has drawn the attention of many Kenyans after images of her next to Kenya’s Margaret Kenyatta were posted online.

The striking resemblance of the two ladies sparked curiosity with a section of the public questioning whether they were sisters.

Ms Tesfaye jetted in Kenya on Wednesday together with her husband, Hailemariam Desalegn; the Prime Minister of Ethiopia for a three-day state visit.

The couple was on Thursday morning received at State House by President Uhuru Kenyatta who later held bilateral talks with Mr Desalegn.

Later on Thursday, Ethiopia’s First Lady accompanied Ms Kenyata to Kirinyaga where she donated the 43rd Beyond Zero mobile clinic.