VIDEO:Muthama and Moses Kuria forgive each other 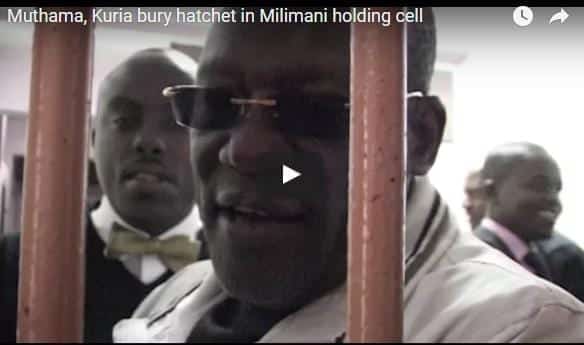 The two, while shaking each others hand, said they had resolved to put their differences aside and concentrate on serving people.

Muthama said he had consulted with his lawyers to write and demand their names to be expunged from the criminal records.

The two spoke to the media during a lunch break at the court.

“I want everyone to know that any word attributed by Kuria against me and Senator Orengo is now regarded as history,” Muthama said.

Muthama and Kuria were among a group of eight MPs charged at Milimani law court over hate remarks.

The MP’s in their pleas to the charges denied the allegations.