Another week, another foreign trip.President Uhuru Kenyatta on Monday visited Uganda on short notice for a quickly arranged mini-regional summit on security and anti-terrorism.
The summit was held at State House Entebbe, with Israel Prime Minister Benjamin Netanyahu in attendance.

Several regional leaders among them Ethiopia’s Hailemariam Desalegn, South Sudan’s Salva Kiir and Rwanda’s Paul Kagame were in attendance.
Tanzania’s Magufuli, who has made only two trips outside his country since taking office, was conspicuously absent. Museveni acknowledged that the summit was called ‘on short notice’. 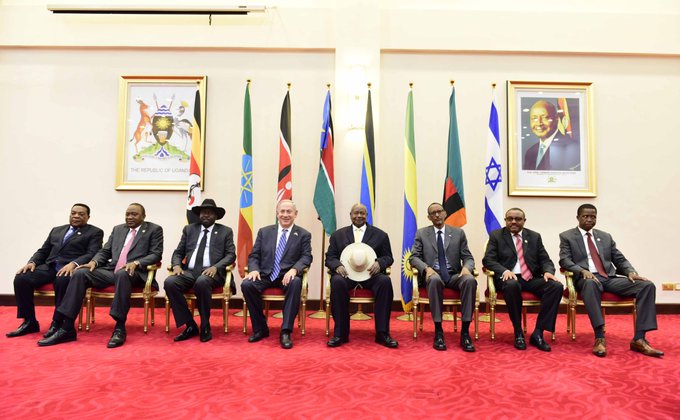 Later in the day, I hosted a mini-regional summit on security and anti-terrorism at State House, Entebbe. 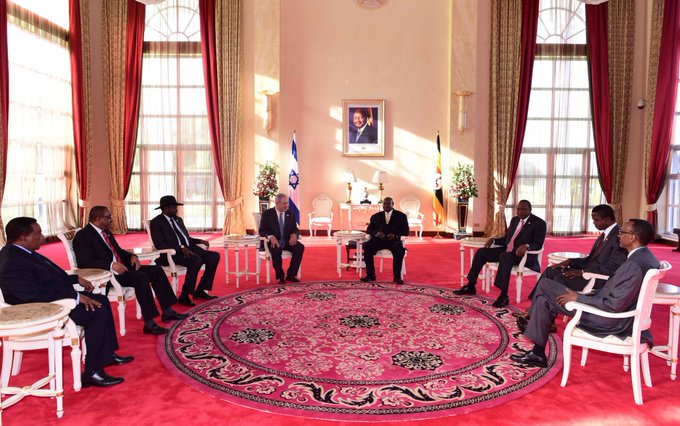 I thank the heads of state who attended at short notice. We had a long discussion on security & economic cooperation

After spending a few hours in Uganda, Uhuru then flew back into the country in time to host the Israeli Prime Minister.

When State House released the President’s July schedule, this trip to Uganda was not included.