The two pictures that showed the contrast on how State House, Nairobi has been offering preferential treatment to visiting pupils. PHOTOS | PSCU

A sharp contrast has been drawn on how State House, Nairobi has been giving preferential treatment to visiting international school pupils and not according the same to pupils from local public schools.

In its initiative to open up the office of the President to young people, State House has painted a worrying image of how group photos taken with President Uhuru Kenyatta should be.

When St Andrew’s School, Turi visited the President on June 24, the group photo was taken outside the State House main entrance on a red carpet with the first row having President Uhuru and some of the pupils seated.

The setup, characterized by red carpet and seats, is often used when the President is taking a group photo with leaders such as members of parliament and county assemblies.

In a sharp contrast, when the pupils from Titus Ngoyoni Memorial Primary School, Marsabit visited the President on Thursday, a bunch of kids had to squat in the first row during the group photo.

Unlike the previous school that had a red carpet rolled out for their group photo, pupils from Titus Ngoyoni Memorial were squatting on hard concrete.

The faux pas was noted by a Twitter user who shared both photos. 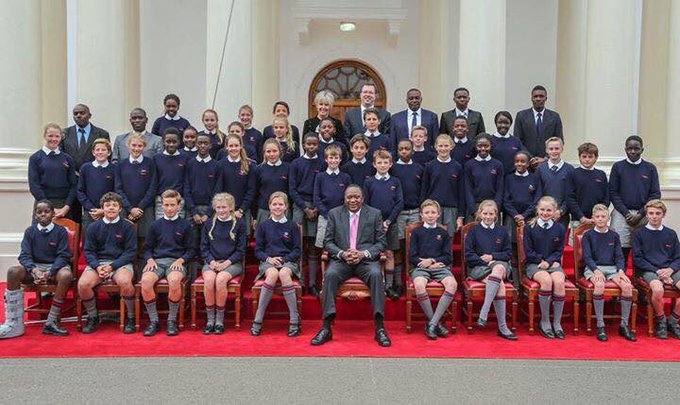 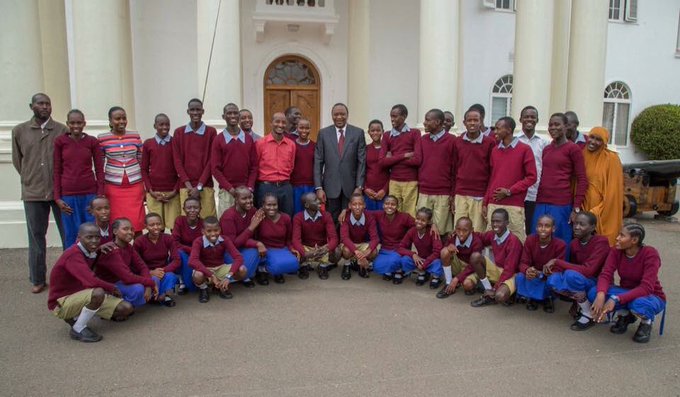 In response, tweeps made fun of the comparison. 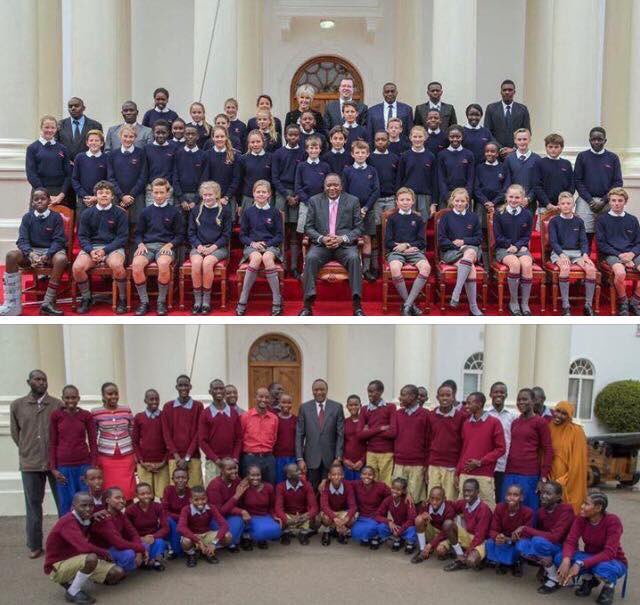 President @UKenyatta please let all kids be equal. This image is not good. Protocol people should be fired.

Mombasa’s Sacred Heart Primary School in October 2014 visited Statehouse Nairobi and they too had to squat during the group photo.

A group of students drawn from various schools who are part of the Pupils Reward Scheme for mentoring students were no exception either when they visited the President. Even Loreto Msongari students who were hosted by the President in March this year had to stand up during the group. In its defence, State House director of digital communication posted:

Former headmistress Of Mary Leakey Girls In Need Of Help

Photos:Diaspora Kenyan man Who Has Invested Big In Botswana