Do not force us to only vote for ODM candidates, Khalwale tells Raila 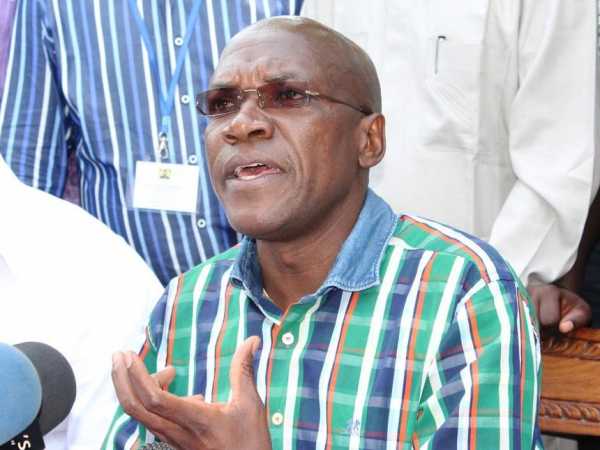 Kakamega Governor Bonny Khalwale has asked Raila Odinga not to force anyone into six-piece voting for ODM candidates.

Raila, who is ODM leader, called on his supporters to only vote for the party’s candidates in 2017, during his tour of Western last week.

The style of voting will see people select ODM candidates for the positions of president, governor, senator, woman representative, MP and MCA.

But Khalwale said Kakamega residents will vote for Ford Kenya leader Moses Wetang’ula and other candidates from the party.

“I want to tell your partner and my friend Raila that he is talking to himself,” he told a rally in the county on Sunday.

Khalwale praised Wetang’ula for his style of leadership saying he was the best person to lead the Luhya community.

“Power respects only one thing… power respects power, and that is why as the Luhya community we have to have power in the Cord coalition,” he said.

The Senator further noted that he had never lost to an ODM candidate and was not about to.

He was referring to Kakamega Governor Wycliffe Oparanya who has expressed willingness to defend his seat in the next election.

Raila has openly supported Oparanya but he was told not to impose the opposition leader on Luhyas.

MPs Emmanuel Wangwe (Navakholo), Benjamin Washiali (Mumias East) and David Were (Matungu) said in July that Luhyas will choose their own presidential candidate.

It is very comforting to live in deception:What If?