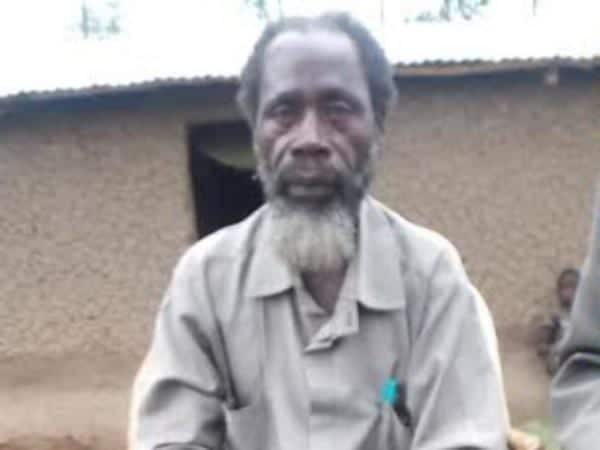 Nabii Yohana Wanyama is a man on a mission.

The self proclaimed prophet called journalists to his Nandolia home in Bungoma South Sub County to give them revelations which he claims are from “God”.

According to Nabii Yohana “God” wants him to be spearhead a countrywide campaign to have the names of both parents appear on national identity cards for all Kenyans, as the current system just won’t do, he says- all according to “God”.

He says he will visit all 47 counties to drum up support for the petition after presenting it to Interior and National Coordination Cabinet Secretary Joseph Nkaissery.

Nabii Yohana also claims “God” is unhappy with the Kenyan currency which he said was a source of social ills like corruption, robbery with violence and the spread of diseases such as of HIV /AIDS and ought to be abolished.

Consequently he has divine instructions to construct a Central bank at Lwakhakha border point where a new currency by the name “Mzawadi” will be launched.

He also said that he had “divine” instructions to President Uhuru Kenyatta to establish a state house at the slopes of Mount Kenya.

Earlier this year, Nabii Wanyama launched his own bible that contains 93 books.

The self proclaimed prophet has 36 wives and 101 children. His mission is to marry 12 more wives so as to fulfill a covenant he says he signed with “God” of marrying 48 wives.

He also revealed that plans are also at an advanced stage to launch seven spiritual books that will guide him and his followers for maintaining a “godly” lifestyle.

His church of the “Holy Spirit” also called Muungano boasts 93 pharisees or teachers and almost 5,000 followers.