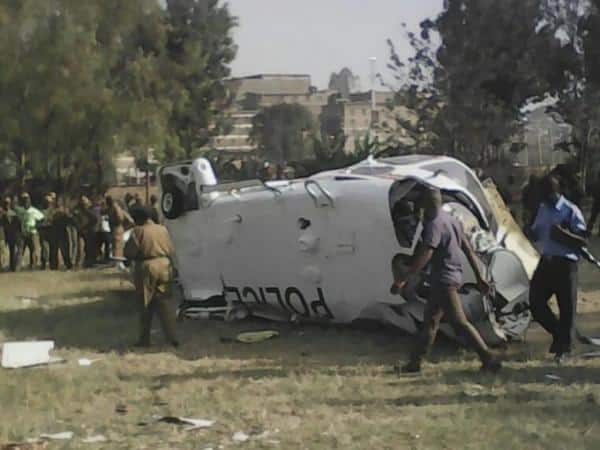 Three police officers and a civilian were on Thursday injured when a police helicopter crashed near Mathare, Nairobi. The 15-seater helicopter, registration number 5Y-NPS and acquired in April this year at a cost of Sh683 million, was on routine patrol when it crashed at the National Youth Service (NYS) engineering institute. Aboard were Inspector Martin Ndungu, Inspector Dennis Otom Oduk, Constable Michael Kariuki Mutwota and a foreigner.

Uncover the secret of being happily married