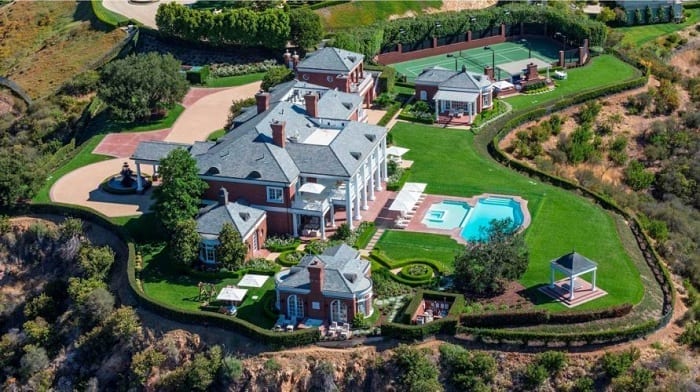 The President is said to be keen to move back into his house, where he can host large private delegations without much scrutiny, before the August 8 General Election. The aim is to finish before the end of June.

Uhuru is said to have requested a large lounge to accommodate many guests and delegations that visit him privately.

The Star has established that the new structure will be a state-of-the-art residence protected by formidable physical barriers and the latest technology.

A concrete wall, high-tech electric fence, bulletproof windows and a state-of-the-art alarm system are among the security features. And 24-hour GSU protection.

The First Family moved out of their home at the beginning of 2015 to allow for major renovation. The President later decided to demolish the historic house he inherited from his father and rebuild it.

At the time, the Star established that the First Family was building a stylish, highly secure, bulletproof residence.

The mansion with an upper level is privately funded but all security features are designed by government experts.

The Sh700 million figure is said to be greatly understated, given the security and other features in the compound.

Satellite images from Google Maps confirm the stylish nature of the President’s new home which shares a fence with State House.

The images show a driveway with a mini roundabout that opens into the entrance of the main building, which has two wings.

The wing on the right has a swimming pool, while the one on the left appears to have an unmarked helipad on the roof of the upper level.

There are three other structures on the left side of the compound.

One looks more like a garage than a dwelling. The other two appear to be small dwellings, likely to house bodyguards and staff.

The road outside the home was expanded to add a new lane for public use, while leaving a clear road into the residence, which is guarded by GSU officers around the clock.

Since the Star wrote the first story on May 20, 2015, construction workers on site are not allowed to enter the premises with their mobile phones.

The contractor or contractors have not been publicly identified.

So far, no one outside the construction crew knows the nature of the interior, though there are indications all fixtures and furnishings are imported to give the residence a modern feel.

Sources tell the Star that the new residence has a spacious basement/lower level for parking, offices and a kitchen.

The upper floor contains three spacious bedrooms and other rooms.

The historic residence — which was demolished — was given to Prime Minister Jomo Kenyatta by its previous owner, the Aga Khan, as a fully furnished home, a week before Independence on December 12, 1963.

Kenyatta then bequeathed it to his youngest son, Uhuru, while his brother Muhoho bought a house in Nairobi’s high-end Muthaiga estate. All his three children grew up in the house next to State House.

In May 2015, the presidency confirmed to the Star that the First Family had moved into State House to allow for a security upgrade and facelift to their private home on their expansive property.

At the time, spokesman Manoah Esipisu said the renovations were being funded privately.

“Going by world standards, the President must be as secure anywhere he goes as he is inside State House, one of the country’s most secure locations,” a source familiar with the project said.

The construction site is heavily guarded and only authorised workers are admitted.

No cars are allowed stop in front of the house.

If a car breaks down nearby, GSU officers step out of the gate quickly to check on the car and even push it away.

It is not unusual for a President’s private residence to get a major security upgrade, especially when terror threats have escalated.

Since taking office in April 2013, Uhuru had preferred to live in his private home, using State House as his office.

He has, however, become accustomed to using the various State Lodges in the country — especially State House, Mombasa and the Sagana State Lodge in Nyeri, which he uses as retreat destinations.

Uhuru is not the first President to prefer living in his private home — his father commuted from his Gatundu home for almost 15 years.

Those who knew the old man say he never slept a wink at night.

One of his closest associates, Duncan Ndegwa, revealed that Kenyatta would not sleep at State House because he said it was haunted by the ghosts of white people and frogs croaked the whole night.

For this reason, Kenyatta preferred his ancestral home in Gatundu from where he would make the 50km journey to Nairobi every morning to perform his state duties.

Unlike his father, Uhuru has made himself comfortable in State House, Nairobi, from where he performs most of his functions.

Moi’s house was initially the official residence of the Vice President. He lived there when he was Vice President and minister for Home Affairs.

He decided to keep it after he became President.

His successor, third President Mwai Kibaki, became the first President to live in State House, Nairobi. He made it his home for the 10 years he was head of state.

Kibaki was to retire in a Sh500 million house built for him by the State but has never moved in.