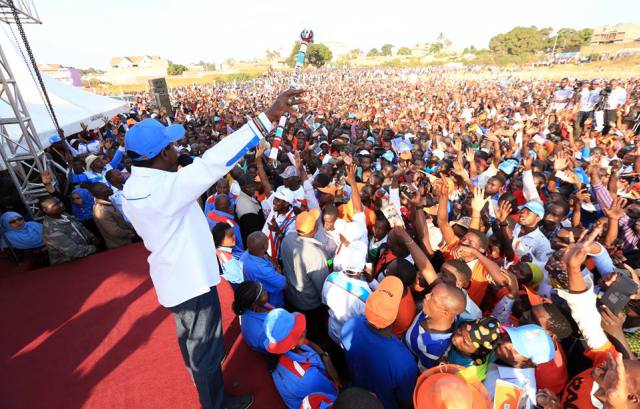 Wiper party leader, Kalonzo Musyoka was heckled in Makueni county and forced to cut short his tour of the area.

The NASA coalition running mate candidate, was in the area campaigning for himself and his party’s candidates.

The residents are said to have chanted People’s party candidate, Joseph Kioko’s name. The chants got louder when Musyoka failed to acknowledge People’s Party and Muungano party as part of NASA.