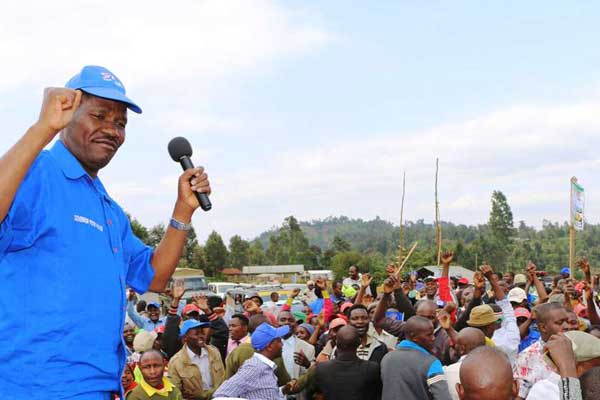 The Registrar of Political Parties has reinstated former Meru Governor Peter Munya as the Party of National Unity (PNU) leader, 21 days after his ouster.

In a gazette notice published Friday, the Registrar of Political Parties Lucy Ndung’u stated: “The list of party officials of the Party of National Unity as contained in Gazette Notice No. 8315 of 2017 is cancelled.”

The earlier notice had ended Mr Munya’s controversial stint at the helm of the PNU alongside other officials elected last year and retired President Mwai Kibaki named as party boss.

The judgment was however set aside by the High Court after Mr Munya contested it.

Ms Ndung’u had given a seven day window to those opposed to the intended change of leadership to make written submissions.

Mr Munya had termed Ms Ndungu’s move to gazette Mr Kibaki as PNU leader as ‘a blatant disregard of the law’.

Mr Munya was elected PNU leader in October 2016 during a National Delegates Conference that was disputed by a section of officials.

The former governor and other new officials were gazetted in April, six months after their election.

On Tuesday, Mr Munya and other PNU officials met President Kenyatta at State house and pledged to campaign for his re-election.