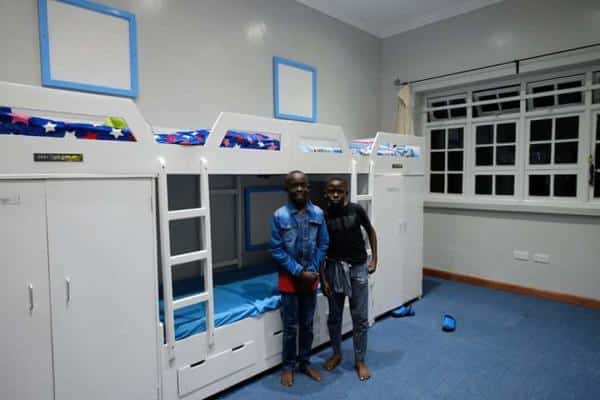 It was a sad week for the country as one of Kenya’s top schools lost 9 students in a night fire.

A troublesome Form one student at Moi Girls Secondary School reportedly set a dormitory ablaze to get back at her parents. The student is said to have been trying to prove to her parents that the school is not safe, and they should therefore transfer her to another.

Investigations have mostly been concluded, but still a lot of questions are being asked. For instance, what were the emergency procedures in the dormitories? Were the exits easily accessible? Were there grills on the windows against school regulations? And more importantly, how many students were in that dormitory.

From pictures posted online, it looks like the dorm was very congested. Which is unfortunate for a school that is reportedly building a massive church just a few metres away.

The mix-up of priorities in Kenyan schools is quite disheartening. Is it important to spend millions building chapels, entertainment halls, swimming pools, or buying buses, when students sleep in cow sheds equivalents?

All Kenyan public schools to receive tablets by June next…

Perhaps Kenyan public schools should seek inspiration from their private counterparts. When it comes to big money, the big names in private education spare no expense in giving school children a comfortable sleeping environment.

One of them is the Molo based St Andrew’s, Turi.

Well, the fee over there is Sh700,000 per term, which might explain the massive difference between their boarding facilities and what 99% of Kenyan students go through.

Here’s how a junior pupils’ dormitory looks like at St Andrew’s, Turi.

It would be a stretch to expect public schools to offer comparable amenities, but it will be a great day in Kenya when public secondary schools prioritize boarding facilities. And not just building a some huge dorm only to over-crowd it later with beds.

The process of improving boarding facilities in all schools should be an ongoing one, but the most important part should be maintaining them.. And yes.. that includes the all too often smelly toilets.