Must we be led by male president? Karua asks, faults women for not backing her 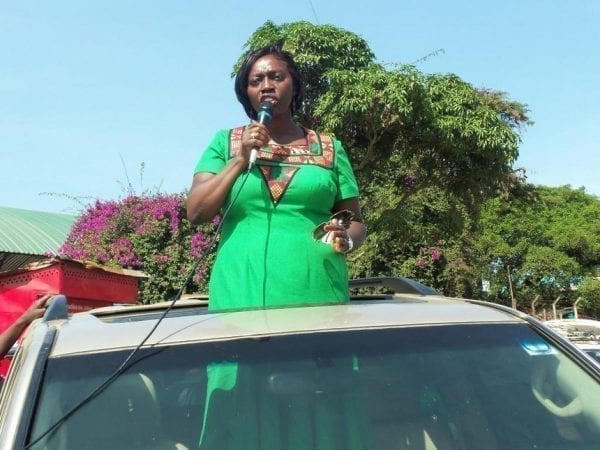 Where did Kenyans meet and decided that they are not ready for a woman president,? NARC party leader Martha Karua has asked.

“Under what tree did Kenyans meet? Where did they say they’d rather have a thieving male,?” she posed.

The tough-talking politician, commonly known as the iron lady was speaking on Wednesday while addressing the Institute of Public Accountancy in Mombasa.

She blamed women for not supporting one of their own for the presidency.

“The middle name of a woman is not deputy,” she said.

Karua served as Gichugu MP for three terms between 1992 and 2013 when she unsuccessfully contested for the presidency.

In 2017, she contested for the Kirinyaga governors seat but lost to Ann Waiguru.

“Initially when I said I was running for president I had many (women) but after the campaign, they disappeared,” she said.

She said that the press was publicizing ‘she is okay but she cant win, you will be wasting your vote rallying behind her’.

“How does one win without that one vote aggregate?” she asked.

She said Kenyans rally behind a candidate who doesn’t uphold their values and interests.

The former governor candidate for Kirinyaga said that politics had become really monetized.

Karua said when she first joined politics it was never about the money and people would contribute modestly during harambees.

She stated that her lawyer friends would each contribute Sh500 and it would total to Sh10,000 which would make her look like a tycoon.

Karua emphasized on the need to have allies while in leadership positions.

“No presidential candidate can be able to successfully campaign in the 210 constituencies alone. You need to have a network,” she said.

“You have to identify loyal people to you, with whom you share common interests.”

Karua however, said people should get engaged in politics even though it required a lot of money

She also emphasized on the need to be strategic while in leadership positions.