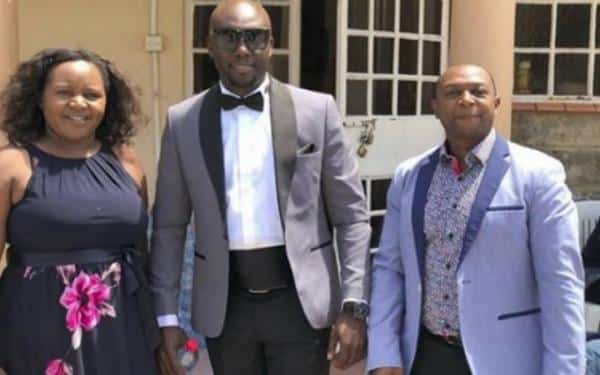 NTV journalist Dennis Okari is off the market. The media personality tied the knot with his fiancé Naomi Joy at Ridgeways Baptist Church on Friday.

According to sources, only those with invitations cards were allowed in and the event was attended by close family and friends.​

Okari had kept his relationship with Naomi away from the limelight until recently when he proposed.

This ring is just a symbol of my commitments to the covenant that we are going to make in one of these fine days. So I want to ask you, Naomi Joy, with everything that I have and everything that I am, will you marry me?” posed Okari at the time.

The news anchor was previously married to TV personality Betty Kyalo but their union did not last due to personal differences.

His wedding comes just a day after Betty wished him well in his new love journey.

“I am happy for him [Okari]. [I] wish him the best,” Ms Kyallo said on Instagram, adding: “And, to everyone else who has gone or [is] going through the same thing [separation/divorce], you are human, life happens; move on and find your happiness. I am happier [outside marriage].”