Popular fitness trainer Frankie Kiarie better known as Frankie JustGymIt recently broke down responding to questions posed by his followers pertaining to his children. In the video dubbed ‘Deadbeat Dad’ posted on his YouTube channel, Frank read out questions asked by netizens.

One question took him aback after one user asked why he was a deadbeat dad to his two children with Maureen Waititu.  In response, Frankie googled the meaning of a deadbeat dad stating that he took care of his children and was always there for them.

“Each week I send money for my children’s upkeep, actually let me be candid and say I send Sh6, 000 every week for their upkeep. Personally, I spend like maybe Sh2, 500 on myself and I’m a fully grown man.

“I pay for school fees. So with school fees, Lexi goes to Montessori, he loves it there. It’s a private school, the fees there is not cheap. Let me just be candid, the school fees is about Sh150, 000 per term. Paying is not easy and there was a reason he went there which I’m not going to touch on,” he said.

The fitness trainer cautioned netizens against labeling individuals and tasked them to do their research.

“So I really don’t see where the part of being a deadbeat dad comes in based on that analogy. I really just want to ask you guys to think hard about what a deadbeat dad really means because I definitely take care of my children at all times,” he continued.

Asked on whether he left Maureen to be with Corazon Kwamboka, Frankie explained that things between him and Maureen were not okay and it is after they broke up that he met his current girlfriend.

“In a relationship, people go through a lot of things. Let me tell you…. the number of times people have told me ‘you guys should have seen a therapist or you guys should pray about it’… We did all that,” he said.

According to him, they did all they could to salvage what they had together. Unfortunately, they grew apart and were advised by their pastor to go their separate ways.

“I remember when we were having our troubles I went to a pastor and I had a conversation with him. We were both seeing him. He is a pastor who deals with marriage counseling. Not that we were married, that’s another thing. People thought Maureen and I were married, no we weren’t married. We were engaged and so he was helping us with our hardships.

“He said that the best way to deal with this is to take a break from each other and once you take that break, realize what you need. If you guys find happiness apart, well and good. If you find that happiness in yourself first you can now come back together and try and make it work. But unfortunately, that wasn’t the case for us.” 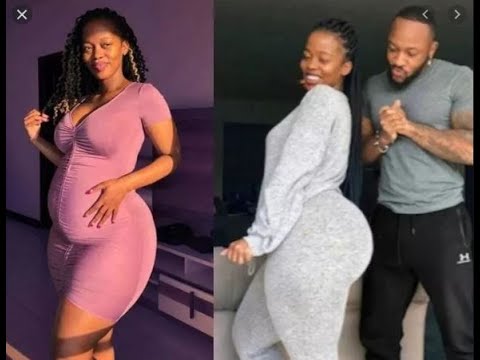