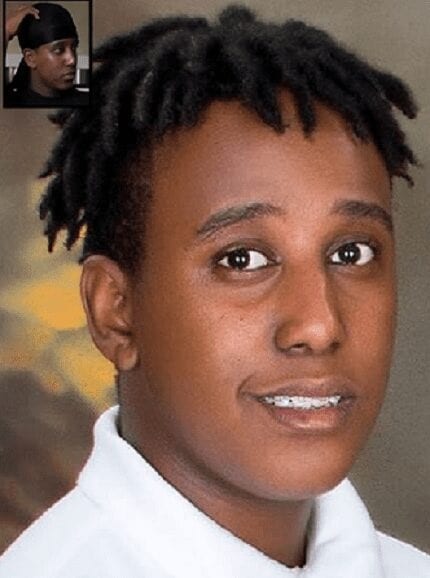 The  Kenyan Diaspora teenager missing in Riverside, California Ike Ngatia was found and he is safe and sound. Ike Ngatia is 15 years old and was reported missing  from October 8th, 2020.

A family member who broke the news was excited and  shared this message, “For those of y’all who helped share this post Thank you !!! Ike Ngatia made it safe home to his family”

Another family member wrote this “Thank you LORD!!! Our SON is safe!! Tears of joy in our community tonight are real. THANK YOU COMMUNITY for doing your part. There’s power in prayers.

The success in finding Ike is another good news for the Kenyan Diaspora community and is the second good thing that happened this month after Daniel Mwangi who was also  reported  missing in Lawrence Massachusetts on October 16 2020 was also later found safe and sound.

Unfortunately, the Kenyan  woman Olga Ooro who went missing from her home in downtown Washington D.C has not been  found and is assumed dead. The boyfriend Darnell Sterling, 55, of Southeast D.C was charged with the killing of Olga.