US President-elect Joe Biden Jr won the elections with the largest landslide in American history under a woman campaign manager. Incumbent loser, Donald Trump, won his first term with a woman manager but lost his second bid with a male manager.

Biden even had in his campaign team political scientist, Esther Ongeri, the American-born Kenyan who was his Director of Logistics.

In Kenya, presidential candidates rarely have women campaign managers since the return of plural politics in the 1990s.

Save for Nancy Gitau, the media-shy but powerful political strategist and ever-present fixture of President Uhuru Kenyatta’s forays in both the 2013 and 2017 presidential runs, political campaign managers have largely been men. Even former female presidential candidates Charity Ngilu picked a man.

The role of a campaign manager is coordination of political campaign operations including fundraising, advertising and mobilizing voters. There is also strategizing, budgeting and hand-picking campaign staffers. The Biden campaign team comprising over 50 percent women proved they can do it. Why is it that in Kenya, politicians go for men?

Yet, as the last two hard-fought elections in the United States have proven, women could easily work out winning strategies for presidential candidates as happened with Republican candidate Donald Trump four years ago. Trump trounced favourite Democrat Hillary Clinton with Kellyanne Conway as his campaign manager. 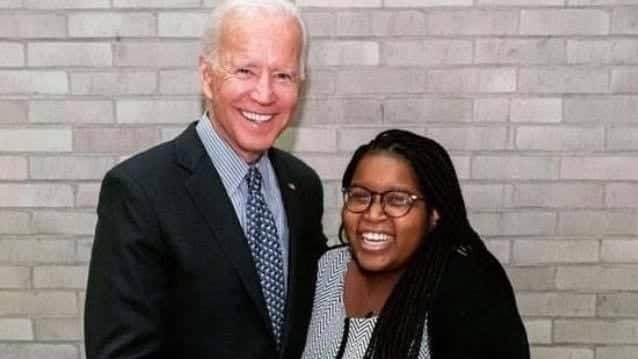 And last week, Democratic Joe Biden won with 44-year old political strategist Jen O’Malley Dillon, as his campaign manager —whose victory in the red state of Pennsylvania turning its 20 Electoral College votes blue and pushing Biden beyond the 270 votes needed to win the keys to the White House along 1600 Pennsylvania Avenue, Washington.

Communications lecturer Irungu Ndirangu notes that Biden’s inclusion of Esther Ongeri as a major player in his election was not accidental as Kenyans form a critical mass in key US states like Biden’s home state of Delaware and Minnesota besides their active role in US affairs, including politics, as well as relations with key state and federal officials.

Amid a flurry of likely legal bottlenecks, there are all indications Biden will be inaugurated as next US President on January 20 next year, with Kamala Harris as America’s first female Vice-President and first of African and South Asian heritage.

Dillon was also appointed the chair of the Democratic National Committee’s Unity Reform Commission in 2016.

Vanity Fair reported that Dillon focused a large portion of Biden’s campaign on the “blue wall” states of Michigan, Pennsylvania, and Wisconsin that Trump narrowly won in 2016. Biden ended up winning all three states, giving him a crucial 46 electoral college votes.

Thanks to her strategy, Biden visited Pennsylvania 13 times during the campaign, three more times than any other state.

Ben LaBolt, Dillon’s colleague during Obama’s campaign said “Jen is a brilliant strategist who knows the battleground states like the back of her hands, and who knows the Democratic Party mechanisms down to what type of data infrastructure needs to be built to reach persuadable voters.”

LaBolt added that Jen “is a master of both the brass tacks of traditional campaigning and the modern, digital ways of campaigning.”

While Dillon is credited with successfully transforming the Biden campaign and whose team had more female staffers, about 53 per cent and their representation even higher among senior staff, at 58 per cent. Deputy campaign manager Kate Bedingfield, and several senior advisers, including Anita Dunn, Symone Sanders and Karine Jean-Pierre, are also women.

Could this have contributed to Biden receiving majority support among black women and college educated, urban white women voters?

Ndirangu reckons that “you cannot judge what has happened in the elections from a purely gender perspective or the contribution of what the women campaign managers have done. It also entails religion and race. It is good for the future.”

Trump, on the other hand, blundered first by hiring political novice Brad Parscale as his campaign manager three years ago despite never having managed a campaign let alone one for an incumbent President at risk of losing office.

He burnt millions of dollars on a social media campaign blitz (he was a digital guru) before Trump was forced to declare: “You Are Fired!”

But Parscale told Time last November that “I had a clear and concise budget that was approved by multiple people.”

Compare this to Conway, who during her three months as campaign manager took the flak for Trump, cleaning after his gaffes and indecisions, including whether he was ready to concede defeat if “Crooked Hillary” emerged the winner.

USIU history don Prof Macharia Munene, however, opines that it is wrong to judge the Trump-Biden campaigners solely by their gender rather than their competencies.

Hidden players who made Raila Odinga delay his ‘swearing-in’

30 Shabaab militants killed in attack on Somalia base