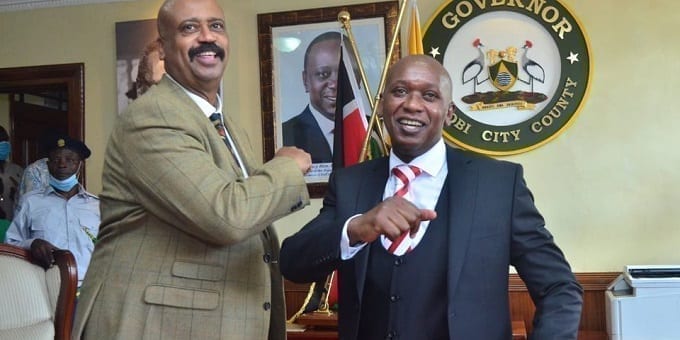 Mr Mutura promised to restore sanity in the running of affairs in the capital.

“You have elected me to various positions in the city and I have never failed you. This will not be the first time,” he said.

He also promised to end the budget impasse to ensure service delivery in the city is not grounded. To this end, he signed budget warrants shortly after taking oath of office on Monday morning, thus paving way for release of Sh37.5bn budget that was on hold since October.

Mr Mutura was to be sworn in on Friday last week but the ceremony was postponed after the assigned judge, Justice Jairus Ngaah, arrived past the stipulated time.

The new development follows the confirmation of Sonko’s impeachment by the Senate last week Thursday, paving way for Mr Mutura to take over as acting governor for 60 days since Nairobi has no deputy governor.