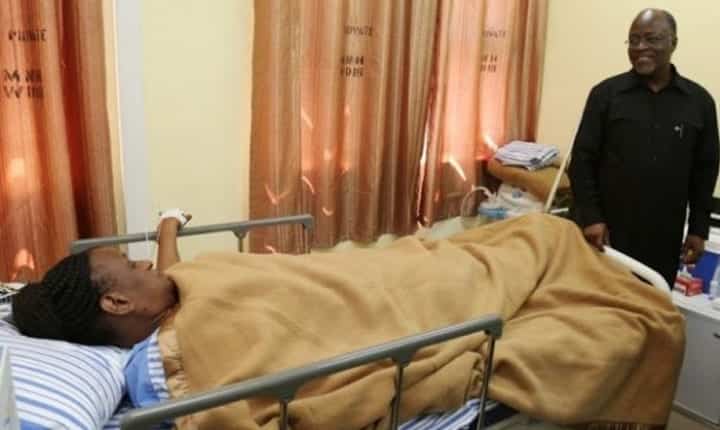 For many African presidents, a seat at the helm of the country presents an opportunity for expensive taste and wanton appetite.

From lavish foreign trips to seeking medical care abroad and other goodies that come with the presidency, they try to live a good life. But it was not so for Tanzania’s President John Pombe Magufuli. He instead advocated homegrown solutions.

Only a year after being sworn in as president, his wife Janeth was admitted to hospital. Pictures from Tanzania’s State House showed Magufuli visiting her at Muhimbili National Hospital, a public facility in Dar es Salaam.

The move was highly publicised and commended by the public, who saw it as reinforcing trust in local health facilities. But there was more to that: it was a cost-saving measure.

Magufuli, who was nicknamed the Bulldozer, had several times called for local and cheaper solutions to the problems in the country.

“Let us seek self-introspection so as to transform the region… We need to protect our home industries for the benefit of the region, which has over 170 million citizens,” said Magufuli during an address to the East African Legislative Assembly.

This was not the only “first” for Magufuli. During his slightly over five years in office, Magufuli never traveled outside Africa.

Similarly, trips for public servants were called off, and the emergency ones only approved by the Head of State and the head of civil service.

The move was highly praised because it saved taxpayers’ money. On top of that, the leaders were required to fly in the economy class as opposed to first class or business class.

According to a Central Bank report of 2017, the Tanzanian government saved close to Sh48 billion by restricting travels for the year 2015-2016.

“The move saved the country a colossal amount of money. It was a good and effective way to cut down on excesses,” says Julius Otundo, a senior economy lecturer at a university in Nairobi.

He added: “We must be aware of austerity as it could breed extreme poverty. As much as it is crucial to cut on expenses, we also need to be objective and approve budgets that can lead to better gains.”

All said and done, the late Magufuli has left an indelible mark that has seen better management of public resources, while attempting to stem out corruption.

Woman who killed husband by chopping his genitals arraigned