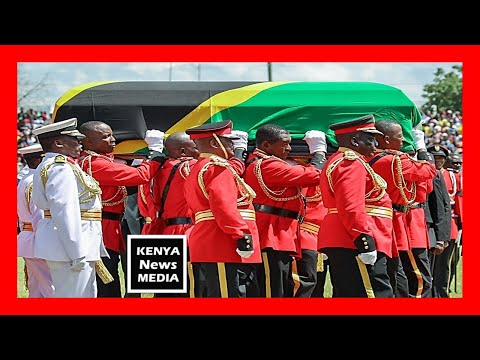 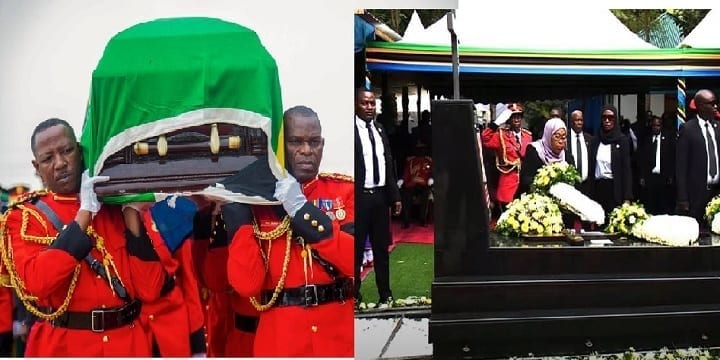 Magufuli’s coffin was lowered into the ground Friday by military generals followed by a 21-gun salute in Chato, his hometown in the country’s northwest.

Magufuli was one of Africa’s most prominent COVID-19 skeptics. Even though his government announced on March 17 that he had died of heart failure, opposition leaders charge that he died of complications from COVID-19.

Magufuli claimed last year that three days of national prayer had eradicated COVID-19 from Tanzania and discouraged residents from wearing face masks and getting vaccines.

An estimated 3,500 mourners gathered, many of them unmasked and standing close together, on a soccer field for a Catholic mass for Magufuli that was presided over by Archbishop Gervas Nyaisonga and more than 20 priests.

Former President Jakaya Kikwete delivered a eulogy in Swahili, remembering Magufuli as a longtime friend and confidante. “I nominated him for the presidency and I had no doubt,” he said, describing Magufuli as “an honest, hardworking, attentive leader who does not tolerate negligence.”

No Motorcade For Ruto At Queen’s Burial, He Will…

Many Tanzanians followed the proceedings on live TV and radio in the country of 60 million where the populist leader was admired by many for his pugnacious style of leadership and action against corruption.

Others, however, are critical of his legacy, saying his rule reduced fundamental freedoms of expression and assembly.

Opposition leader Tundu Lissu, who came in second in elections in October that were marred by violence, widespread allegations of rigging, maintains that Magufuli died of COVID-19.

Lissu, in exile in Belgium fearing for his life after refusing to accept the election results, was among the first to note Magufuli’s absence from public view before his death. Magufuli had not been seen in public since Feb. 27, when he swore in a new chief secretary after his predecessor died with what many speculate was COVID-19. For days government officials denied Magufuli was ill, claiming he was simply busy.

“President Magufuli defied the world, defied science, defied common sense in his approach to COVID-19 and it finally brought him down,” Lissu told The Associated Press last week.

Felix Maluma, a trader in the largest city, Dar es Salaam, said he was shocked by the death of Magufuli.

“I don’t think we will have such a good leader,” he said. “I pray that the next leader (President Samia Suluhu Hassan) gets the courage to fulfill the promises made by President Magufuli.”

Copyright 2021 The Associated Press. All rights reserved. This material may not be published, broadcast, rewritten or redistributed. 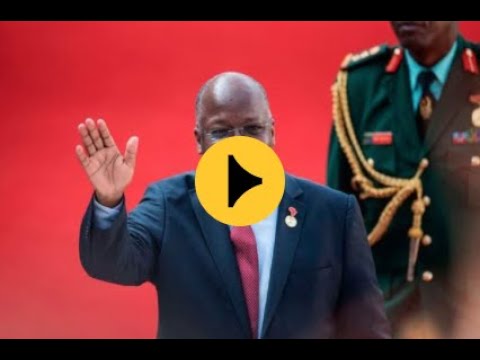