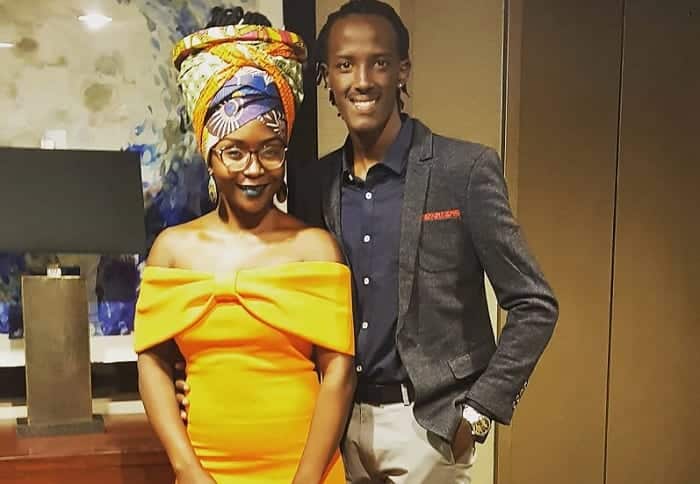 Anne Kansiime is relishing being pregnant with her first child after facing criticism from a section of fans.

The Ugandan comedienne announced she is expecting a child with boyfriend Tukahiirwa Abraham last week.

Through a post on social media, Kansiime wrote: “I have been looking for the perfect way to break it to you my dearest Ninjas that soon my Kantu @skylantagram and I shall have a little Ninja added on to our family and i thooooought and thought, what better way!!?

In a subsequent post on Sunday, she shared: “Nooo, I didn’t swallow a soccer ball

God has been good. I have always been good at putting into words how I feel but to be honest, lately words fail me.”

According to Kansiime, her pregnancy will likely shut up critics who questioned her lack of kids with ex-husband Gerald Ojok. Apparently, some fans claimed she had sold her uterus for fame.

“Some people were trying to figure out why I did not have kids with my ex-husband Gerald Ojok,” she said.

“So they said that I had sold my uterus for fame. The sad thing is even if it is not true there is no way you can be able to show people that your uterus is still intact.”

Kansiime and Ojok parted ways after four years of marriage, with unconfirmed reports claiming that Ojok was being pressured by his family to sire children.

A Kenyan lady accuses the husband of rape in UK