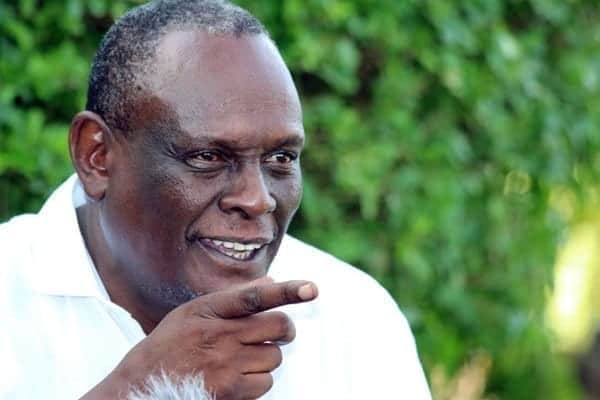 Jubilee Vice Chairperson David Murathe has credited himself with pushing Deputy President William Ruto out of the ruling party.

And in a strange twist of events that would perhaps point to infighting within President Uhuru Kenyatta’s party, Murathe has also hinted could soon relinquish his role in the party.

Believed to be a close confidant of President Kenyatta, Murathe has been vocal in his consistent criticism of the Deputy President.

He has consistently claimed that the number two in command is corrupt and unfit to succeed his boss.

“Our job was to push those who do not believe in the dream of the party out. I am happy they have found a house called UDA (United Democratic Alliance). Our work is done,” said Murathe in an interview with NTV.

DP Ruto: My critics have no political gameplan

Ruto has publicly confirmed he will seek the presidency on a UDA ticket if ‘things in Jubilee don’t change’.

The DP has also publicly celebrated when UDA candidates have won elections.

Prior to his switch, Ruto appeared to be reading from a different script in Jubilee, as he was once denied access to the party’s headquarters and also disagreed with the party’s stance not to field candidates in a number of by-elections.

Murathe also says  his remaining task will be to ensure the DP is not popular in Central Kenya.

His comments come at a time political leaders, including Kirinyaga governor Anne Waiguru and his Meru counterpart Kiraitu Murungi have publicly questioned Jubilee’s popularity and intent ahead of the 2022 general elections.